“Some days I earn nothing.” We are speaking with shop owners in poll-bound Delhi’s Yusuf Sarai market. It’s a bright weekday afternoon, but there are hardly any customers around. “Business is down, but expenses are the same,” says Pratish, “things are becoming very difficult.” Pratish owns and runs a shoe store in the market.

“Only Kejriwal is working to improve our lives,” he offers. “My wife and I took turns waking up at 3 am to fill water. Even then, there was no knowing what time water would come… we were awake all night on many days. Since Kejriwal, that’s changed. We now get water all night till 8 am, without fail.”

Making electricity and water available (and affordable) to a majority of Delhi’s residents has been a key electoral promise of the Aam Aadmi Party. Its ability to deliver on this when it formed government with the Congress in 2013 helped the party secure a massive victory in 2015, winning 67 of 70 seats.

“Many years ago, I got a very high electricity bill,” Pratish says. “I had to offer a bribe, and the bill was reduced, but the following year, I again got the same astronomical amount. After that, I stopped paying the electricity bill. When AAP came to power, not only did Kejriwal remove all past dues and debts on electricity payments, but electricity is now both cheap and regular.”

Rajkumar, who has so far been nodding along silently, interjects with, “not only all this – for the first time in living memory, the sewers in our locality have been changed. A hospital has been opened. Our children now go to better schools.” 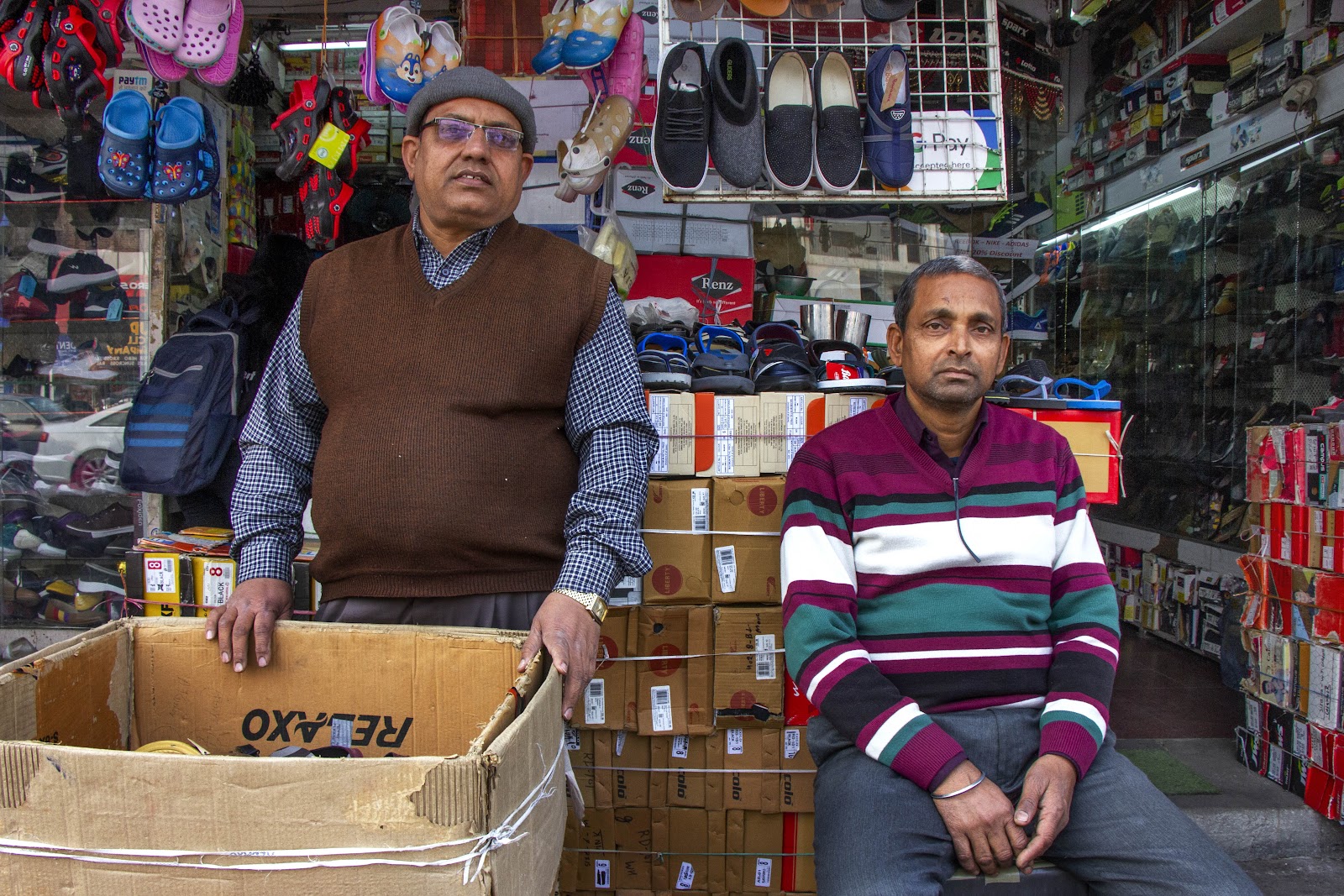 (Pratish and Rajkumar at their shoe store)

A five minute conversation with Pratish and Rajkumar summarises AAP’s election manifesto. The party’s emphasis on education and health, seen in education reforms and the setting up of mohalla clinics, is outlined again in its 2020 manifesto – with the Delhi government amongst the highest social sector spenders in the country.

The conversation also marks an interesting departure from a previous reporting assignment to Yusuf Sarai. Ahead of the 2019 Lok Sabha elections, almost all shopkeepers we spoke to in the area were categorical of their support for the BJP. “Balakot has had an impact in driving part of the disenchanted vote — affected by demonetisation and other measures — back to the BJP,” a shop owner had said at the time. 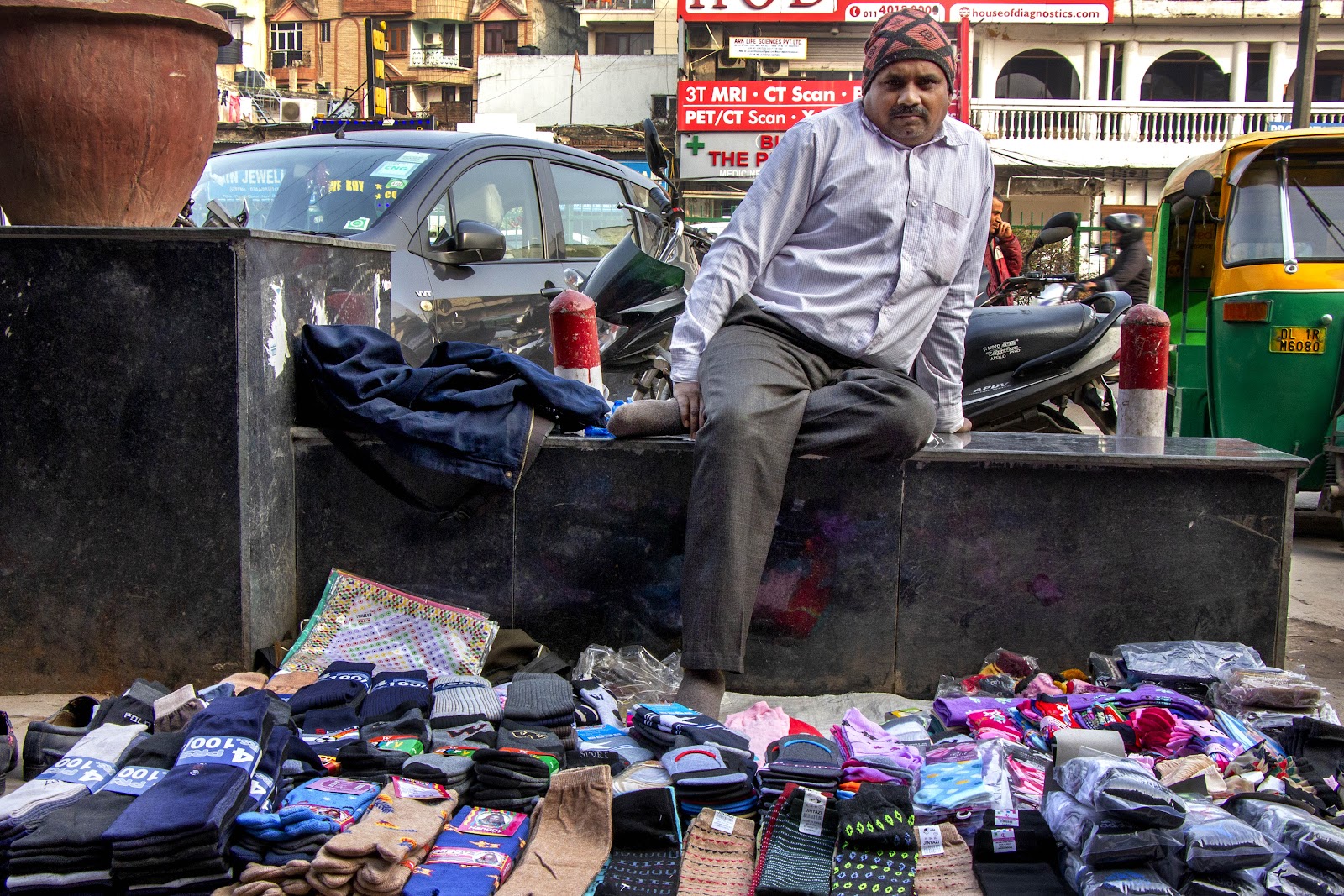 (Ashok Gupta sells socks in the market. “We live in rented accommodation, and since AAP came to power, we don’t have to pay for electricity or water. A mohalla clinic was opened around the corner,” he says)

This time, in Yusuf Sarai and elsewhere, there was less talk of political issues such as the Citizenship Amendment Act, with voters zeroing in on price rise and development matters. “Business is slow; prices are high… that’s my main concern right now,” says Trilog Goyal in a shop a few meters further into the market.

And even when the CAA is mentioned, it isn’t necessarily linked to the vote – again a departure from the narrative around Balakot in 2019. “I support CAA,” Rakesh Kumar tells us at a small electronics-repair shop. “If you don’t have the requisite paperwork, that’s your problem.” Even so, Kumar says he is voting for AAP. “A lot of work has been done,” he says – outlining mohalla clinics, good schools, electricity and water supply. 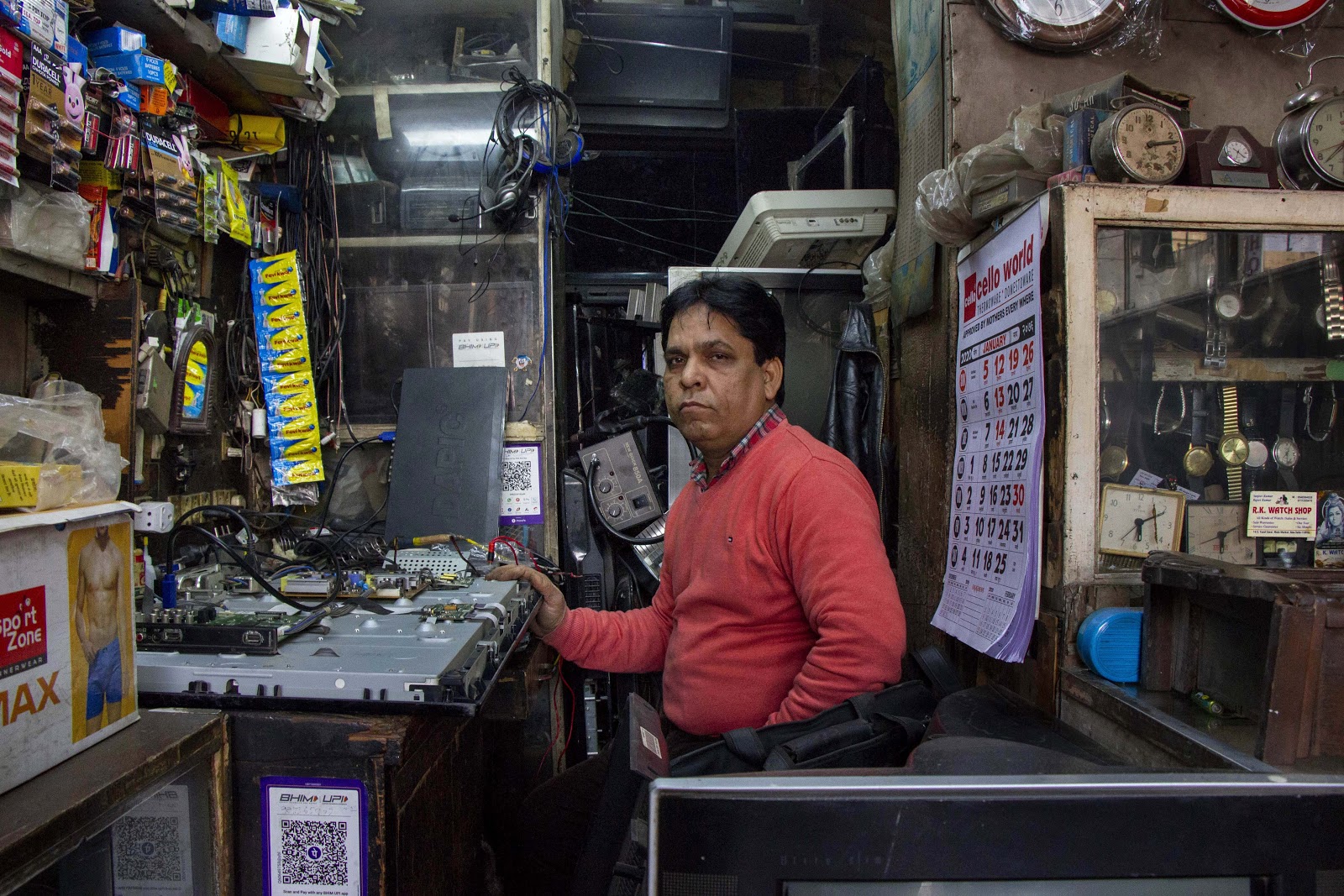 (Rakesh Kumar says he is in favour of CAA, but will vote AAP because “a lot of work has been done”)

Bhalat Ram, a paper plate seller in the market, makes a similar point. “CAA is okay; it’s not a factor,” he says. “AAP has given suvidha (facilities). Schools, electricity, water … no government has ever done so much.”

With that, he brings us back to his primary concern. “Business is terrible. It’s been so for the last two years. Will it impact the vote? I don’t know.” 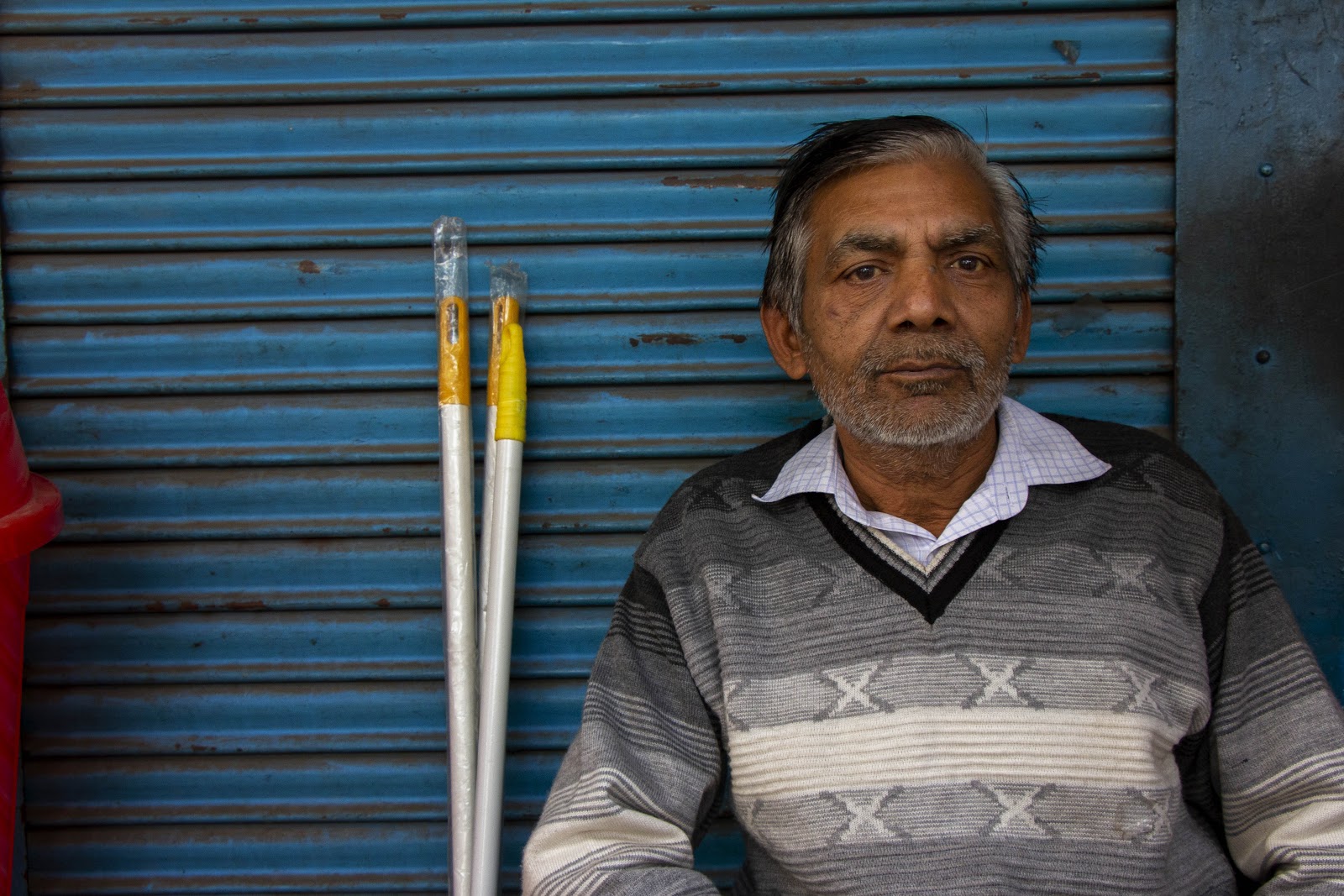 (Bhalat Ram says business is bad, but doesn’t know what impact it will have on the vote) 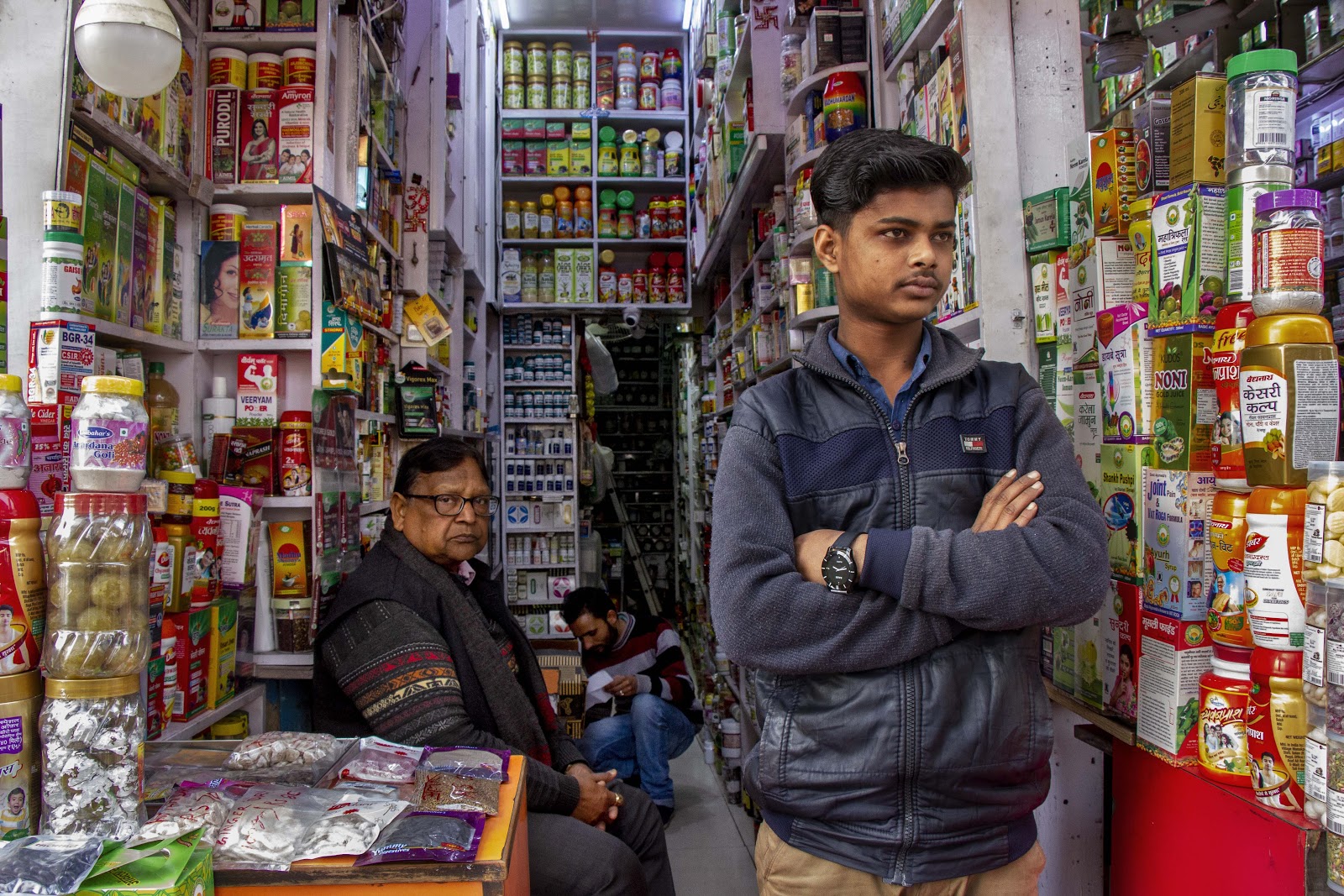 “There is no money in the market,” says Surendra Kumar, who runs a small shop selling jackets and other winter wear. “Business has been down for a while.” When asked about the elections, Kumar says that people vote on the basis of political performance. “If you look at their faces, Rahul Gandhi is good looking, but no one will vote based on that, will they? We vote for you if you perform,” he says. “There is no loyal vote base in Delhi – not for the BJP or anyone else. It’s all about who works and performs.” 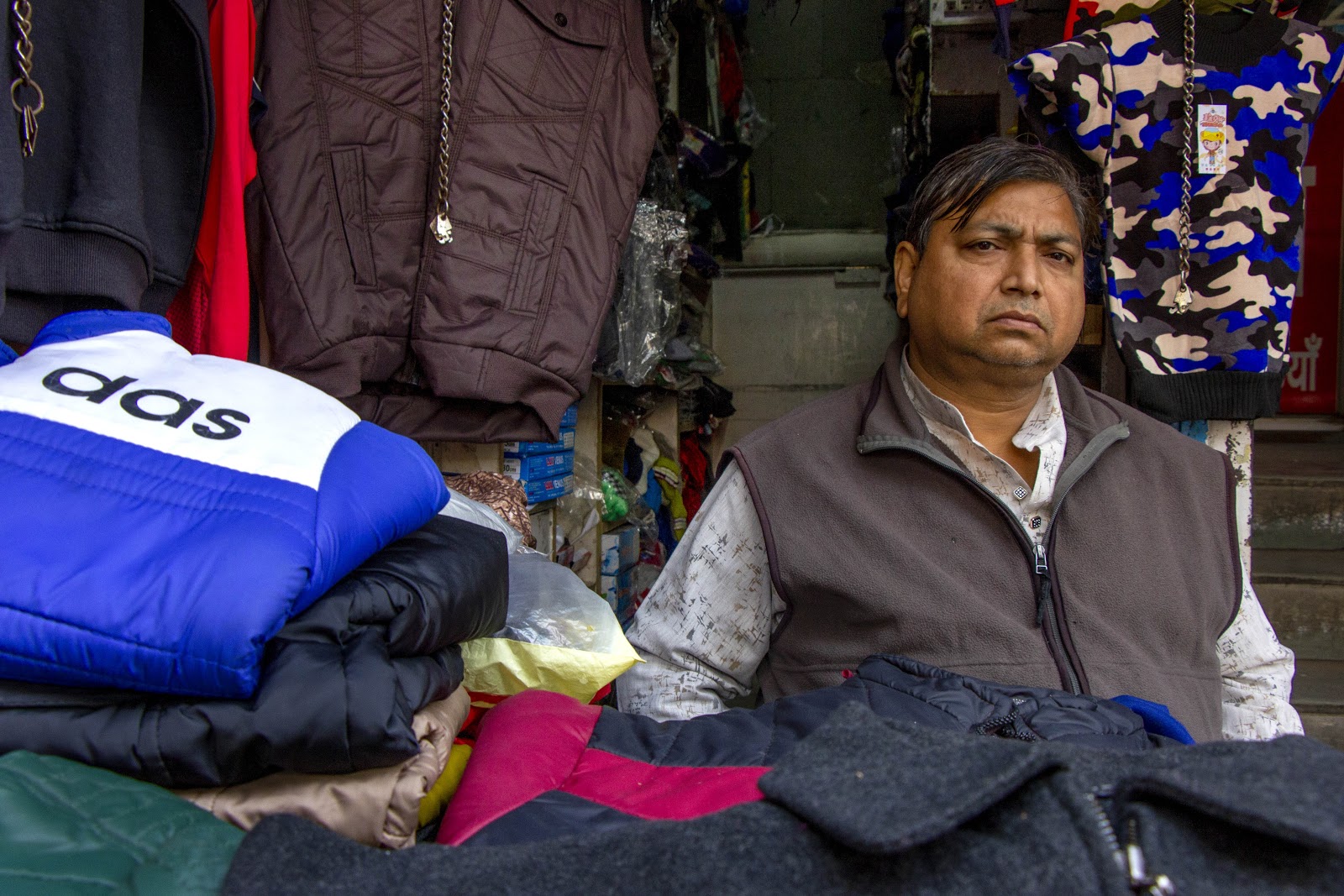 For 19 year old Samir next door, it’s the BJP who has performed. “Modi has done a lot of work,” he says. Samir is the all important first time voter. “My family votes for the BJP, and one of my cousins is in the BJP youth wing.”

In 2015, when AAP dominated with a 54.3 percent vote share, the BJP still secured over 30 percent of the vote. The party’s performance in the 2020 elections will depend on its ability to cut into the AAP vote base – and a key strategy here centres on puncturing the narrative of development. 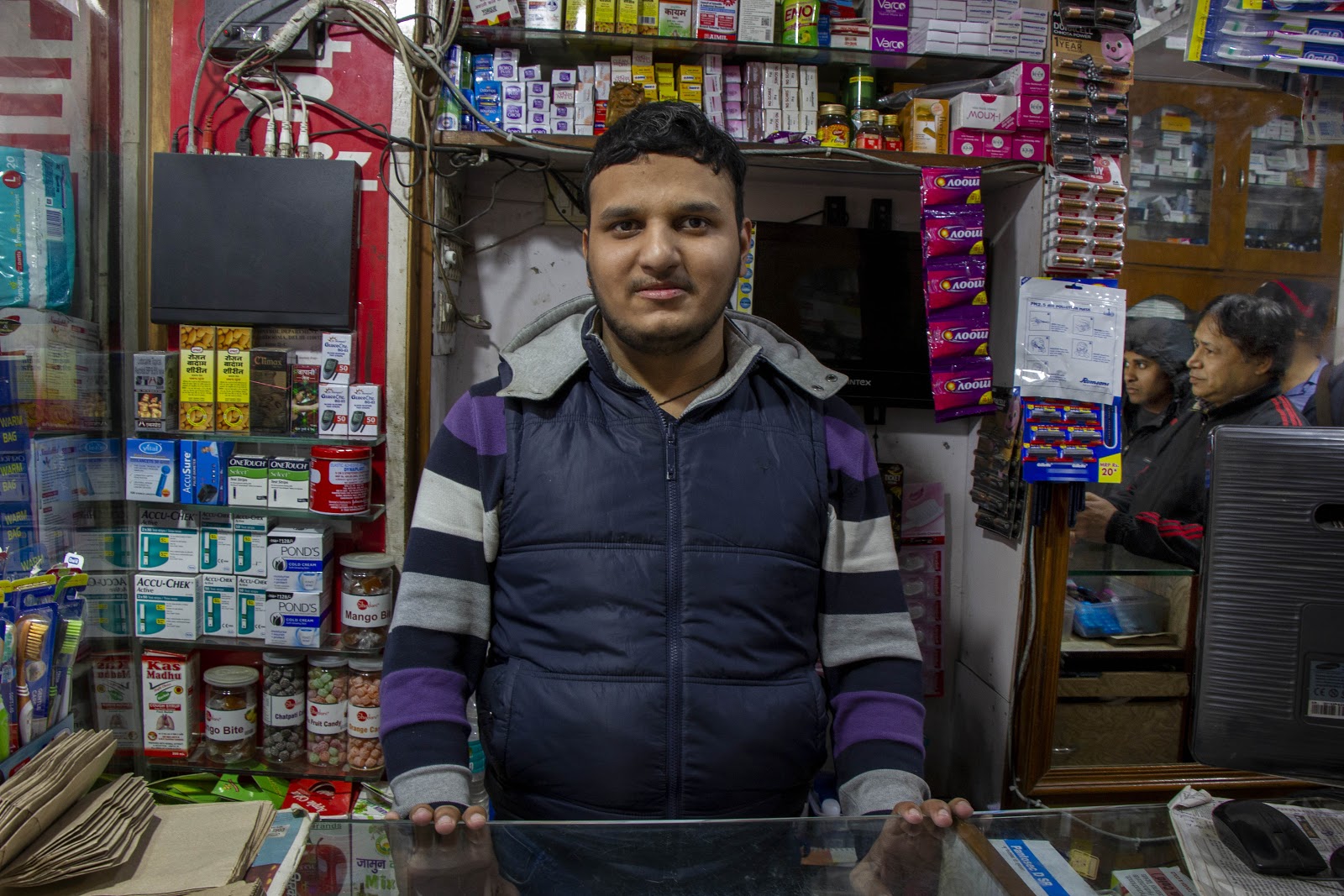 “AAP has done nothing but put up banners,” says Darpan Singh, a chemist. “BJP has done work; AAP is just making it seem like they are doing a lot.” 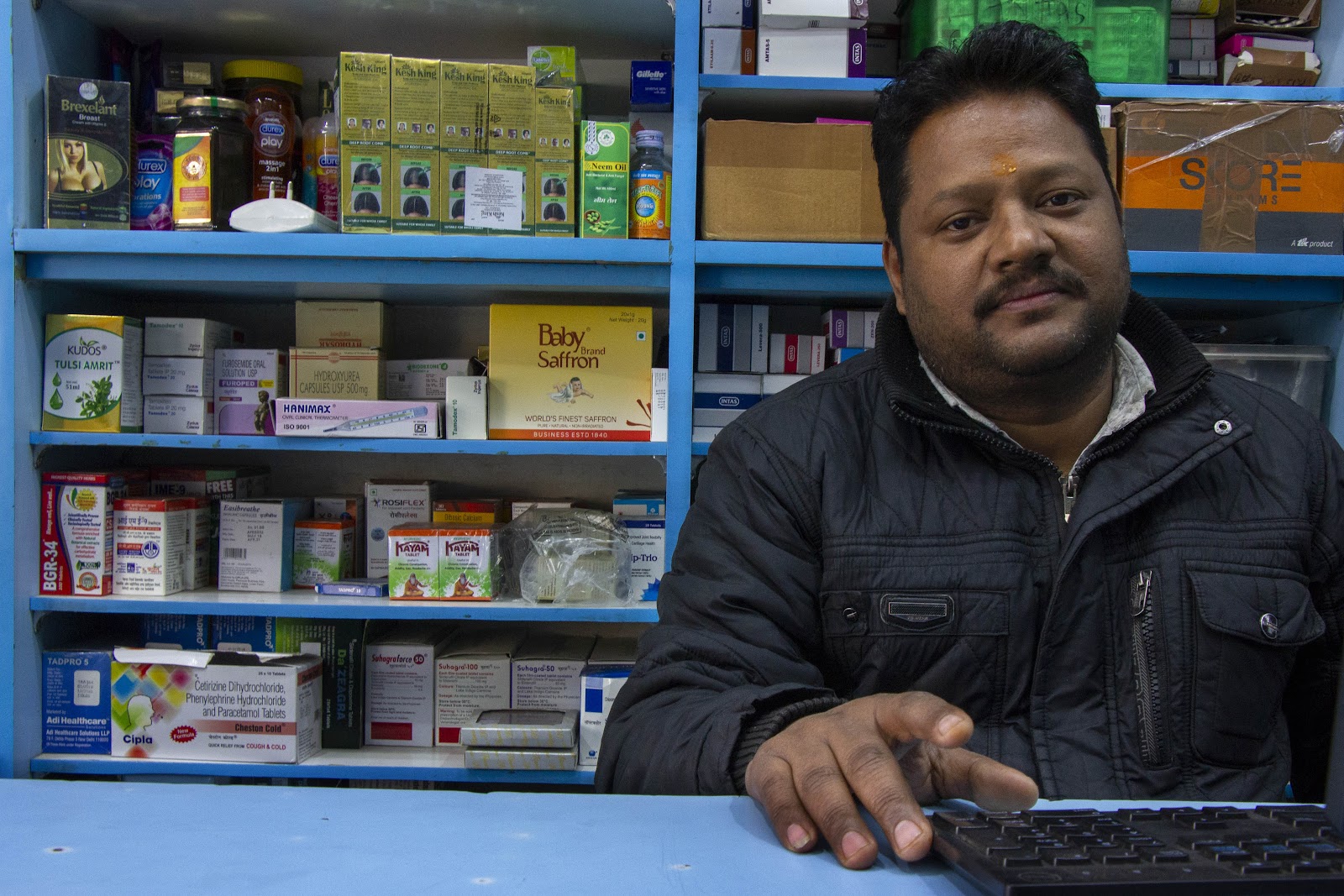 “AAP is hawa (air)” says Avnish Jain, who runs a sari shop. “All that they are doing is free-free politics. And this works to an extent because if people get things for free, they are happy. But beyond offering freebies – what has AAP done?”

But even for Jain, business remains a factor. “Ever since GST [Goods and Service Tax], business has been slow,” he says. “It’s down by over 30 percent.”

Perhaps that explains why ‘free-free politics’ is shaping the narrative of the 2020 Delhi polls. 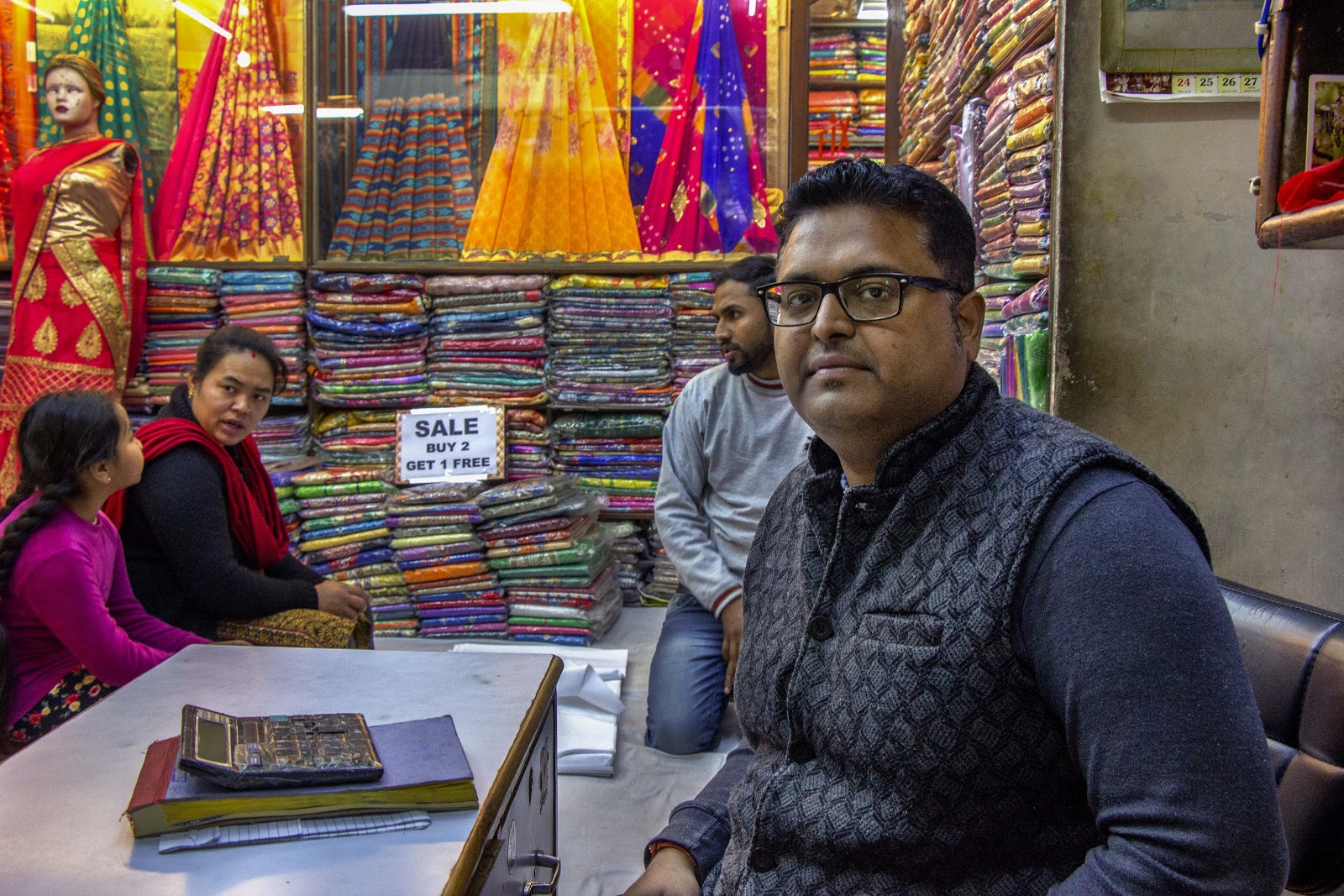 (Avnish Jain at his sari shop in Yusuf Sarai)

(First published in The Citizen)