What first strikes you as the small Cessna begins its descent into Masai Mara is the expanse of the vast terrain. ‘Nature’s golf course,’ the passenger behind us whispers, as we stare down at an ocean of green, squinting to spot a herd of elephants or a pride of lions.

Mara means ‘spotted land’ in Maa, the language spoken by the Masai tribe. Like the spots of a cheetah that seeks refuge in its shade, the land here is dotted with hundreds of widely spaced, thorny trees – from which the Mara gets its name. Home to the big five – lion, leopard, elephant, cape buffalo and rhinoceros – the Mara is a protected national park in Kenya, and a must-visit on every wildlife enthusiast’s travel list. 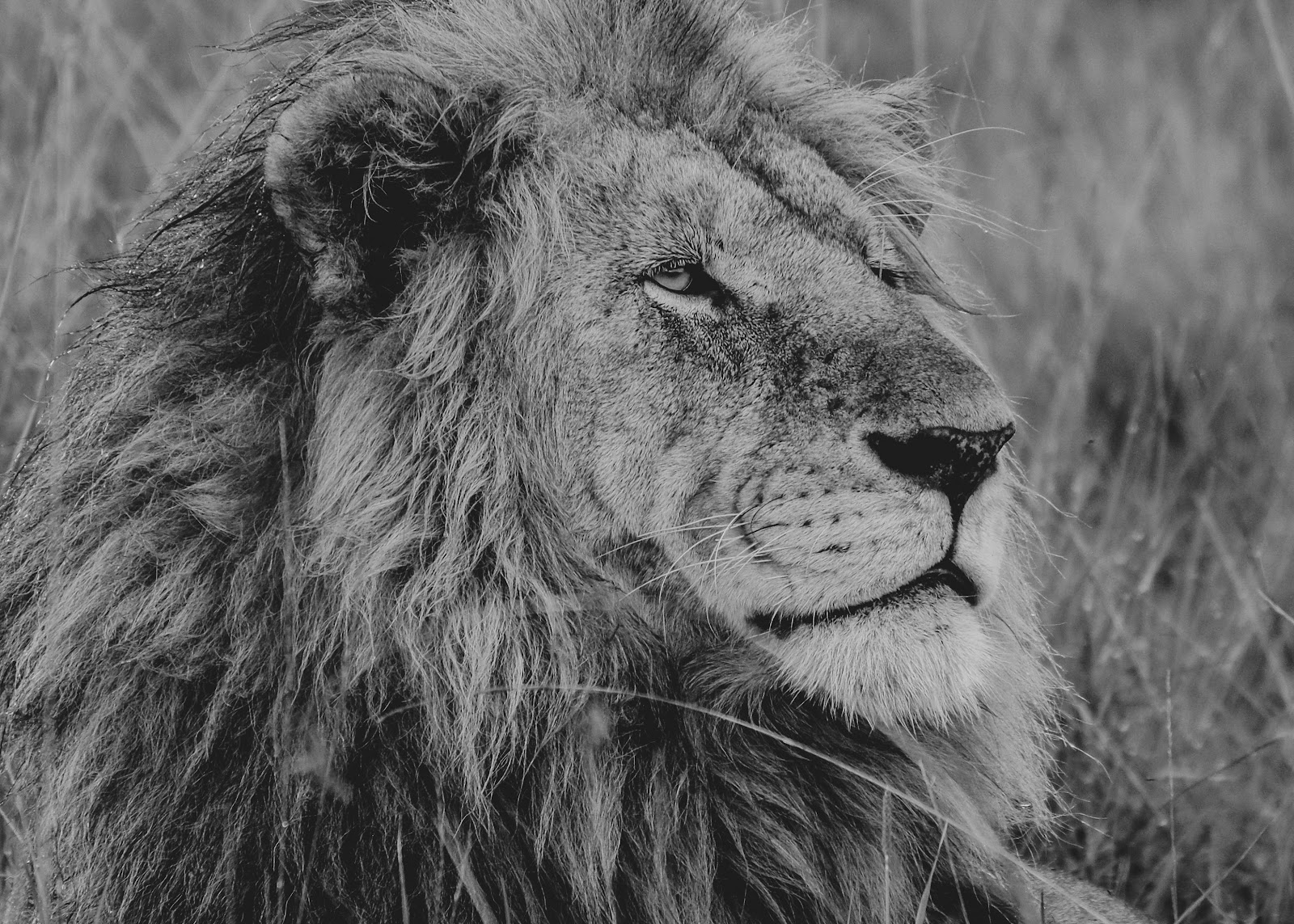 The plane drops us off at Musiara airstrip, taking off within minutes with passengers bound for Serena on the other side of the park. “Jambo” – our guide Wilson greets us, tossing our safari-approved soft bags into a mammoth safari-fitted Land Cruiser. “I hear there’s a cheetah with a kill nearby,” Wilson tells us. “If you’re not too tired, we can make a detour before heading to the camp.”

This is the Mara. We’ve just landed and a cheetah sighting presents itself. We spend twenty minutes with her, as she digs into a leisurely lunch. 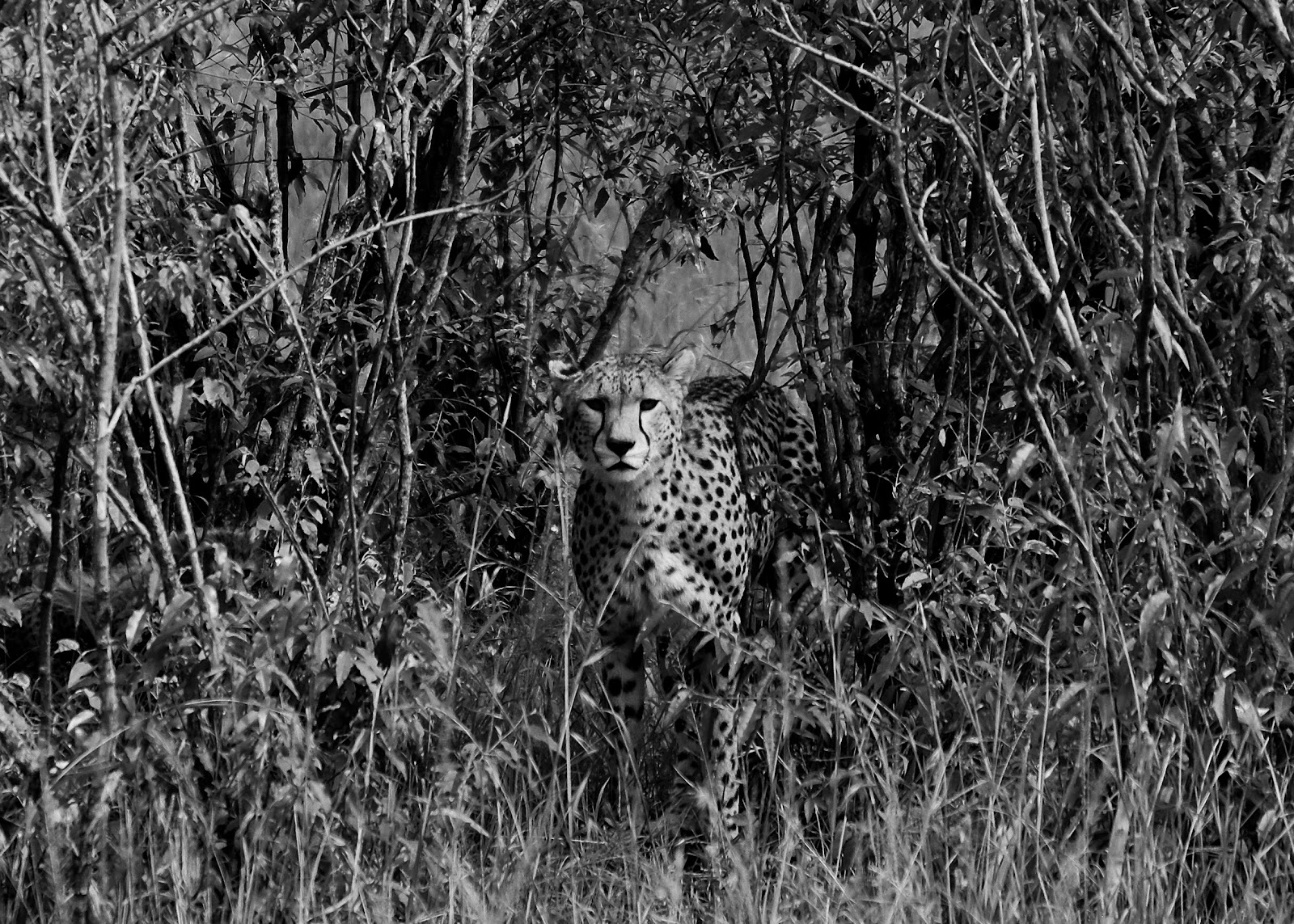 Our camp is located along the river, each room housed in an independent tent – with a larger tent for the bar, lounge and dining area. From the deck we can see a family of hippos lazing in the water, and a wary crocodile sunbathing a safe distance away. The camp is unfenced, and from the prints in the muddy ground we can tell that hippos come up here to graze at night.

Just then, as if to allay our fears, we’re introduced to California (quite evidently a nickname). “He will walk with you from the room to the lounge area. You needn’t worry; he’s Masaai, he can talk to animals.” 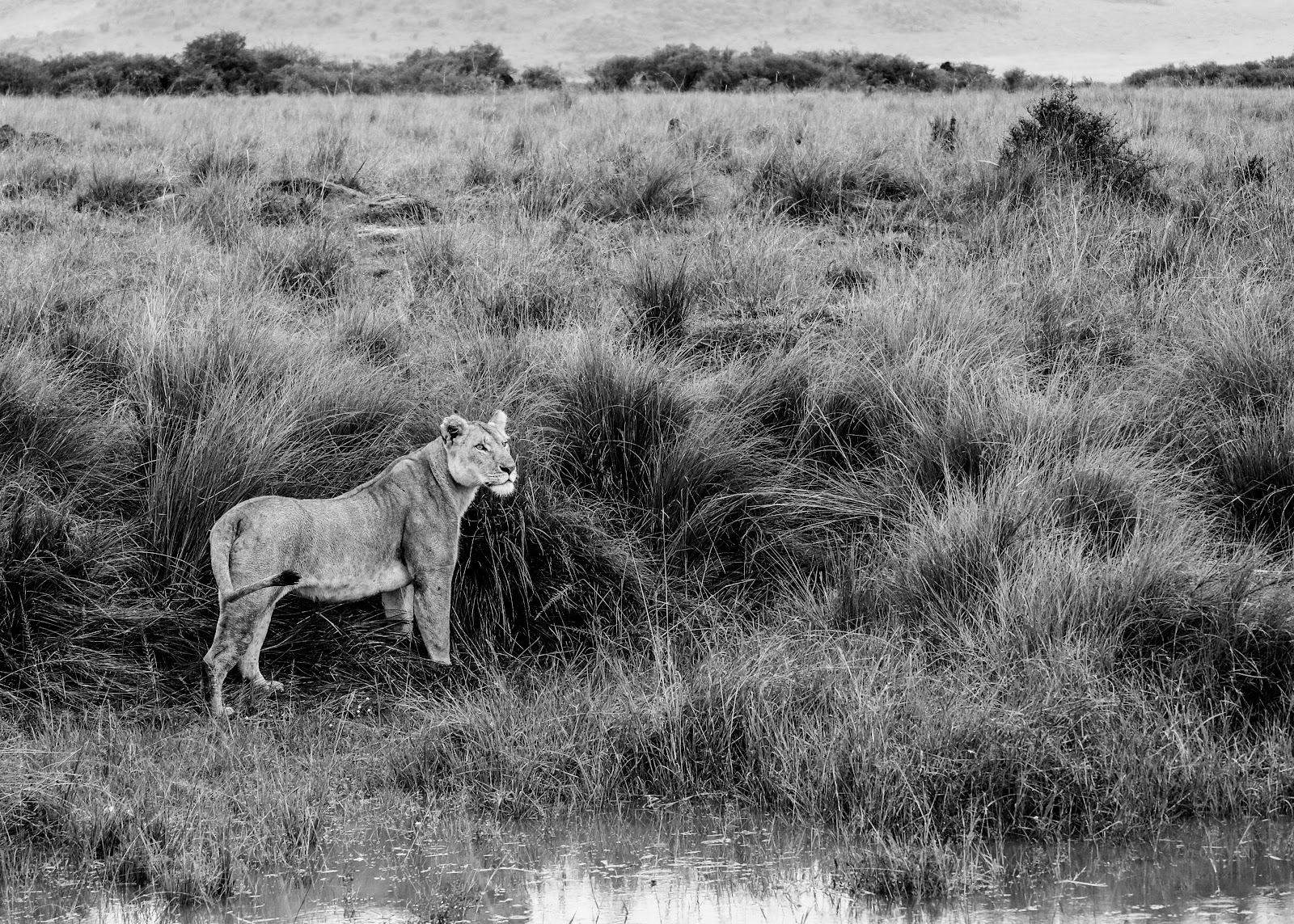 California smiles at us, wrapped in a yellow and black checkered shawl, his pierced and stretched earlobes giving away his tribal lineage. His people were the original inhabitants of this land, and even today, largely lead a semi-nomadic pastoral life. “I call them the great conservationists,” says Wilson. “They don’t believe in hunting wild animals for meat; they think hunting brings great misfortune,” he explains. “There are a few exceptions to this – one is famine. The Masai then would hunt, but only antelope and buffalo, and stop once the situation improved and their cattle numbers recovered.” 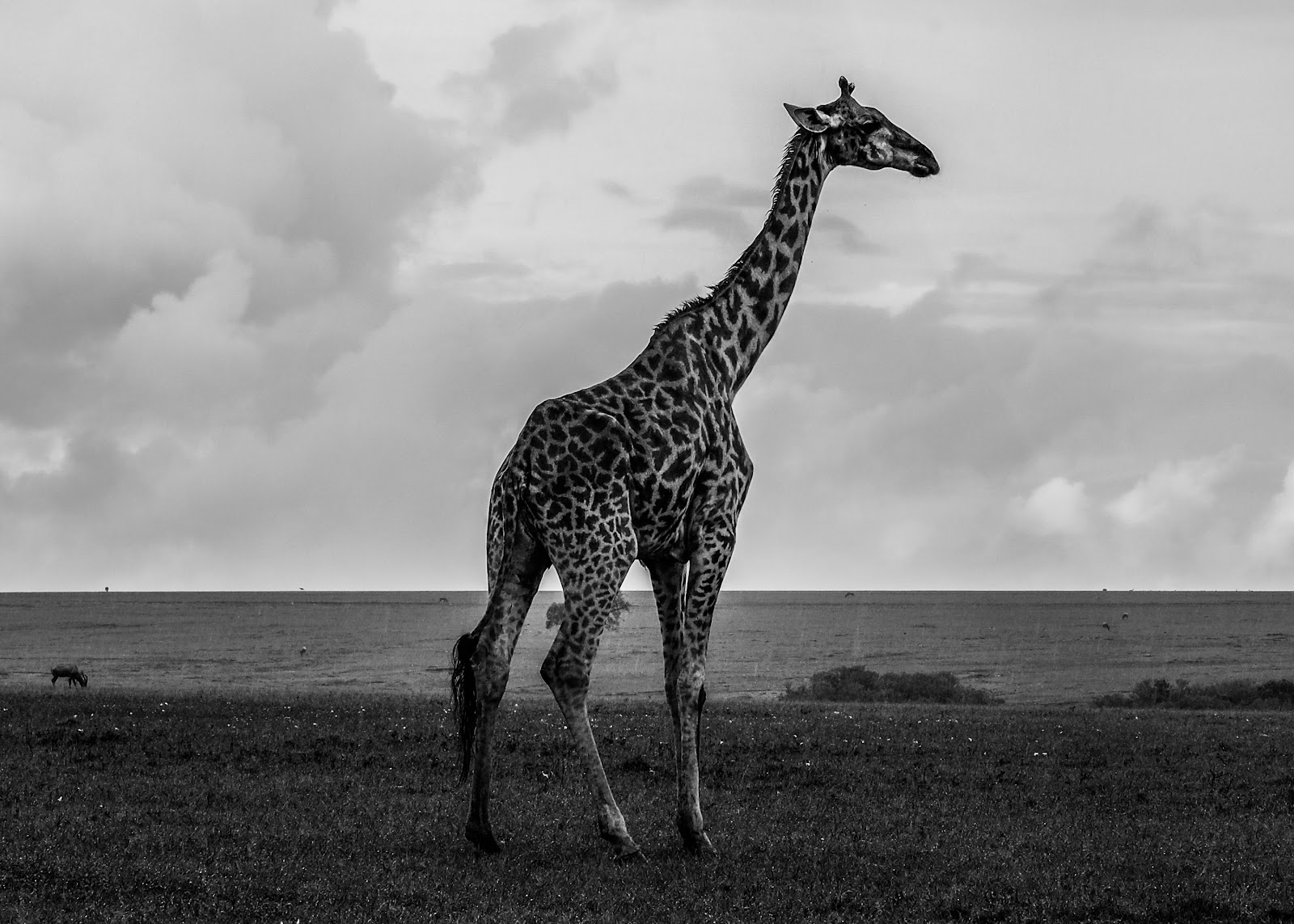 The other exception was lion hunting as a rite of passage, earning the young Masai the title of a warrior. Hunting in Kenya is now illegal, with the Masai adapting to the changing landscape by working as eskari (guards) in the many camps in the Mara. 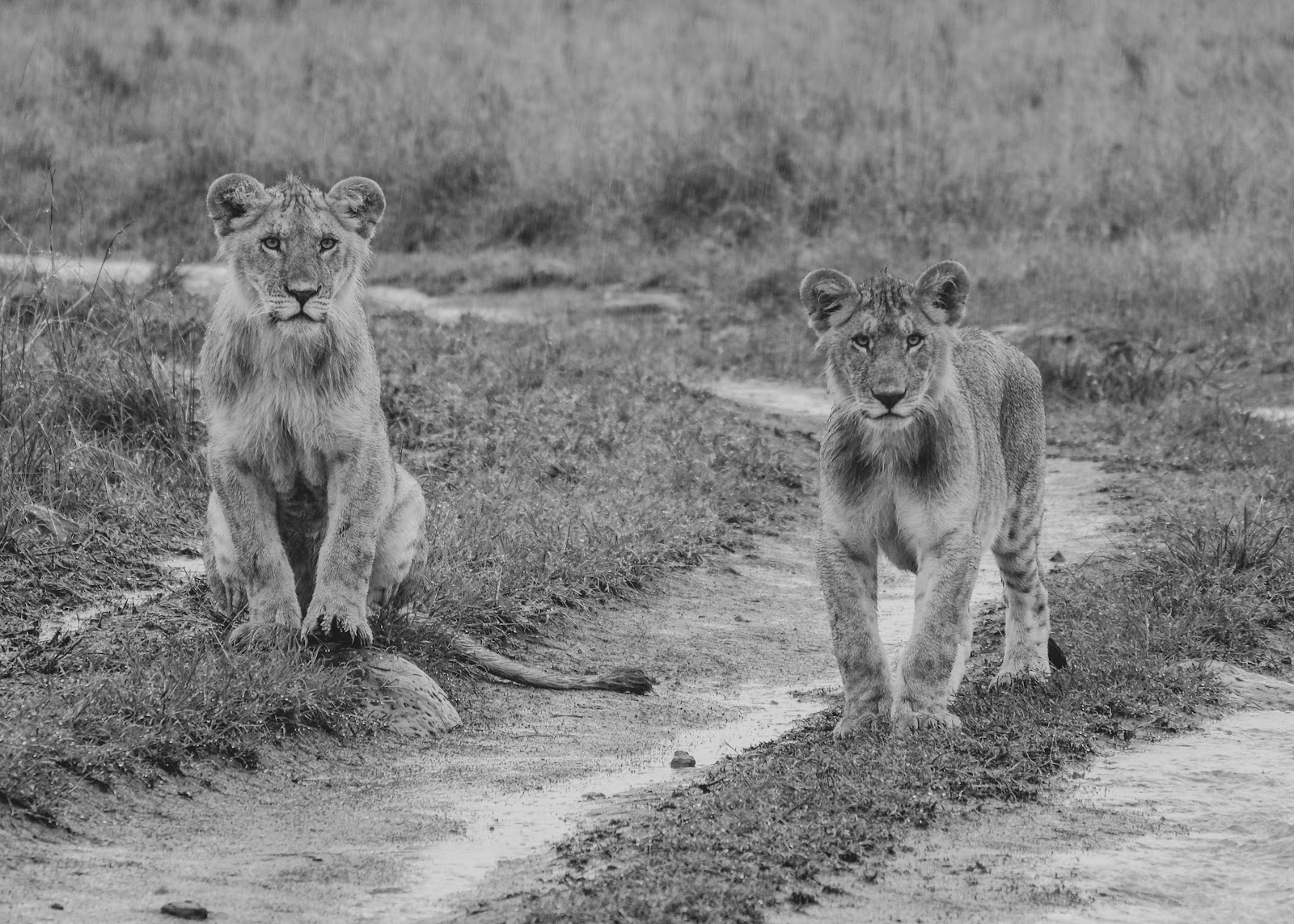 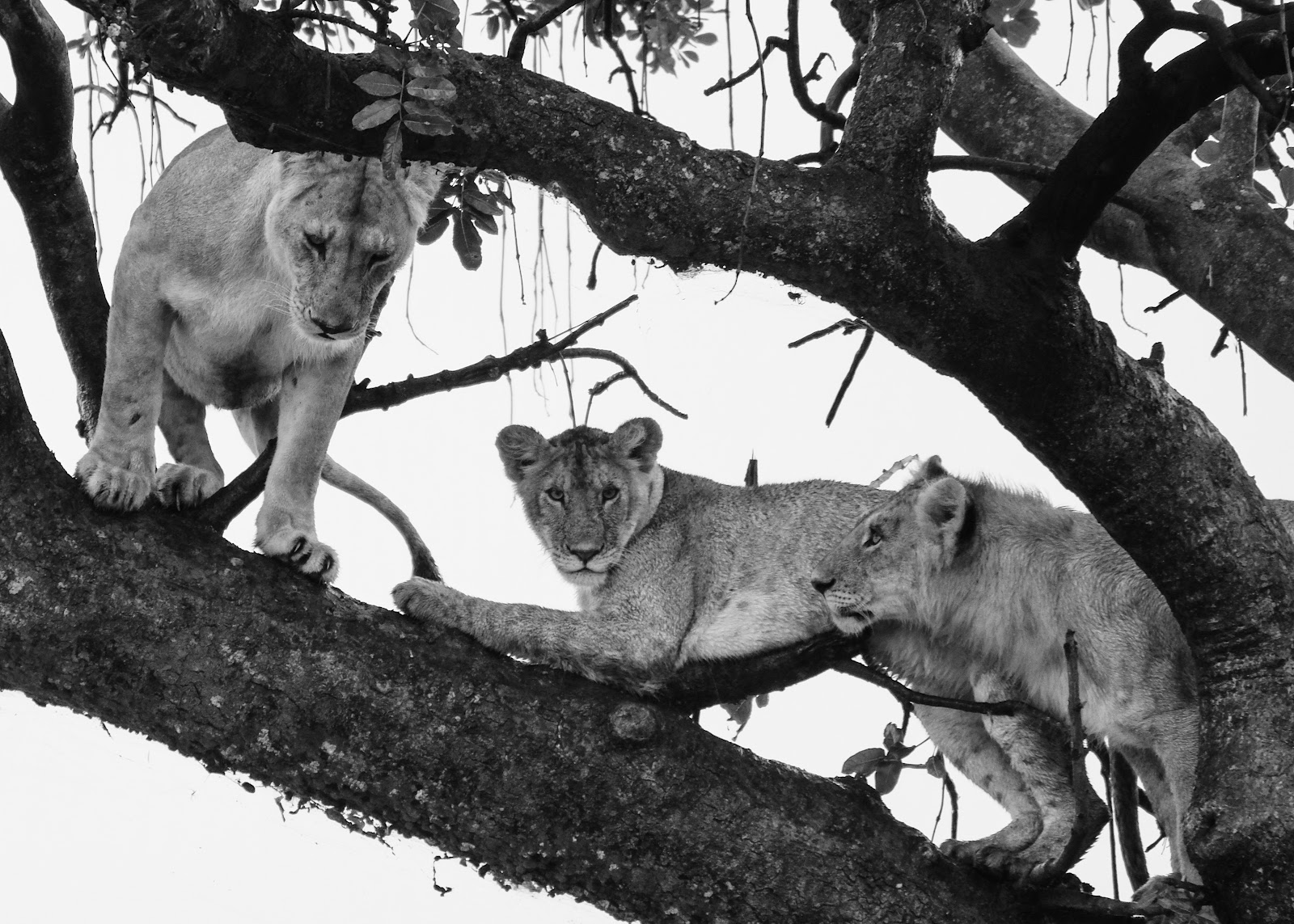 “What would you like to see while you’re here?” Wilson asks, as we head out for the evening drive. He rolls his eyes and smirks when I say lions; clearly a safari-noob response.

About half an hour into the drive, I hear ‘simba’ repeated a few times over the radio. “Lions, eh?” Wilson turns to us. “Hakuna Matata.” We zip past herds of antelope, zebra and giraffe, zooming in on a large pride of lions. I look around… the sun begins to set, and we’re surrounded by lionesses and their cubs on all sides, roars harmonising into the perfect soundtrack. 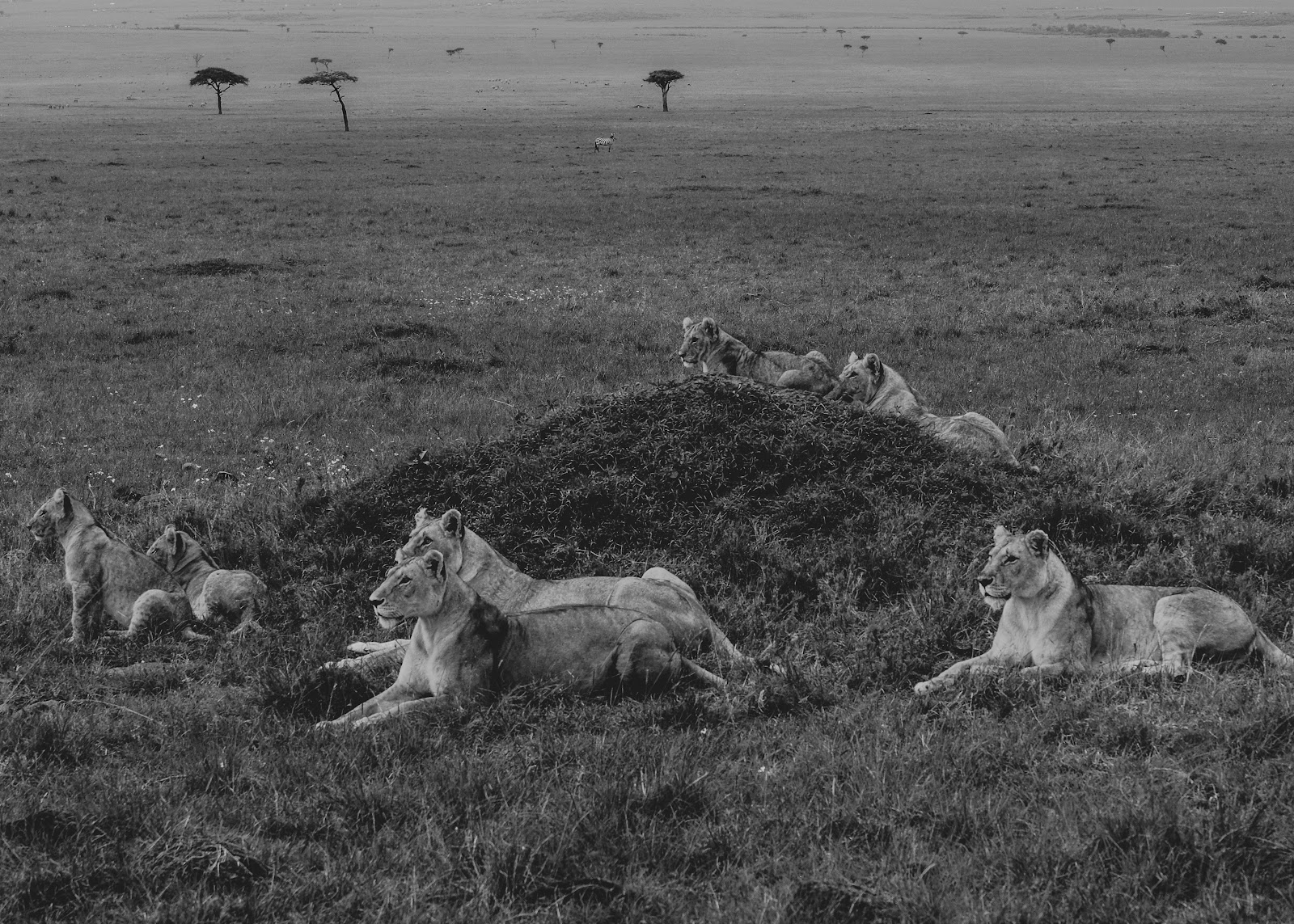 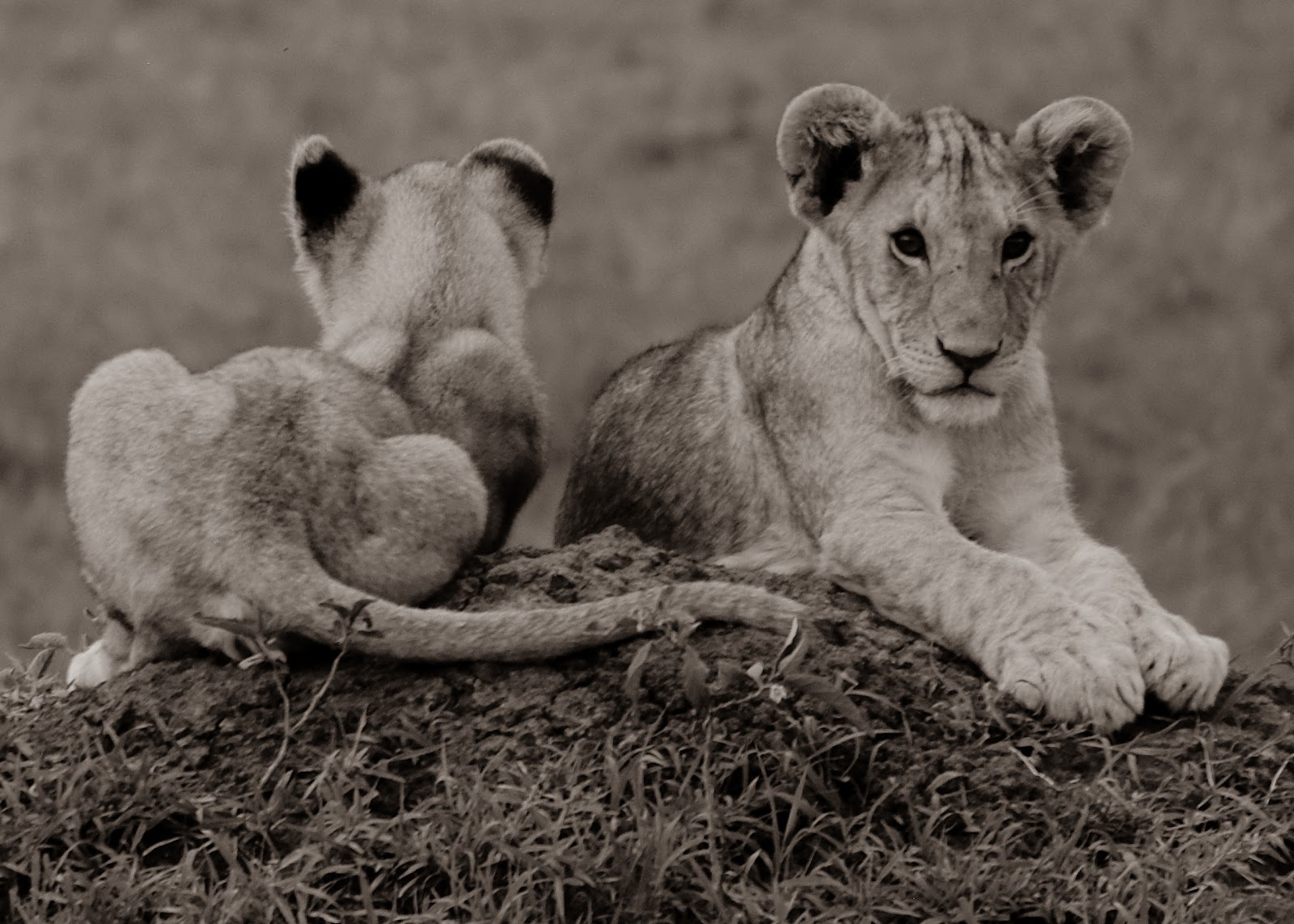 It’s late November – and the Mara is sleepy and quiet, as the wildebeest have migrated to the Serengeti and flocks of tourists have followed. The big cats are well fed and undisturbed, and the energy in the park is quite like Mufasa’s reign in ‘The Lion King’ – happy, lazy and peaceful.

The days here start with coffee and freshly baked biscuits at 5:30 am, as we set off on our morning drive. Within a day, I’ve gone from the generic wish of seeing lions to a very specific purpose: Today, we want to locate Siligi, a cheetah with seven cubs. Cheetahs normally give birth to three or four cubs; even one is lucky to survive. Seven cubs is a record in the Mara, and Siligi and her babies have made international headlines. 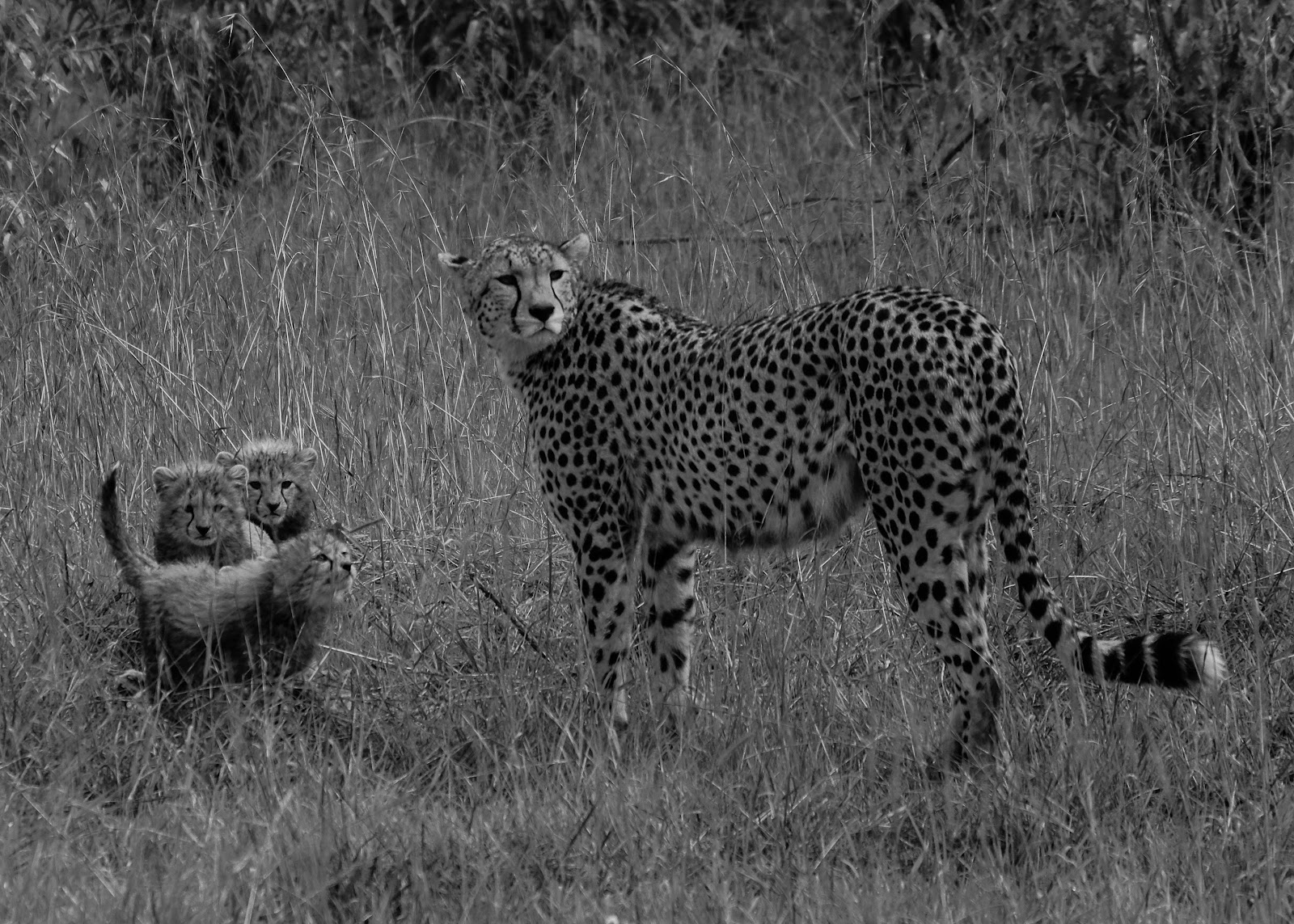 We drive over three hours to the other side of the park, hoping to catch a glimpse of Siligi and her family. It’s almost as if you will it in the Mara, it happens … We find Siligi and her seven cubs sleeping, hidden away from the world in a patch of shrubs. We decide to wait, and the decision pays off. Half an hour later, Siligi wakes her cubs; they tumble out of the bush, and put on a theatrical play of sprints, leaps and jumps right in front of us. 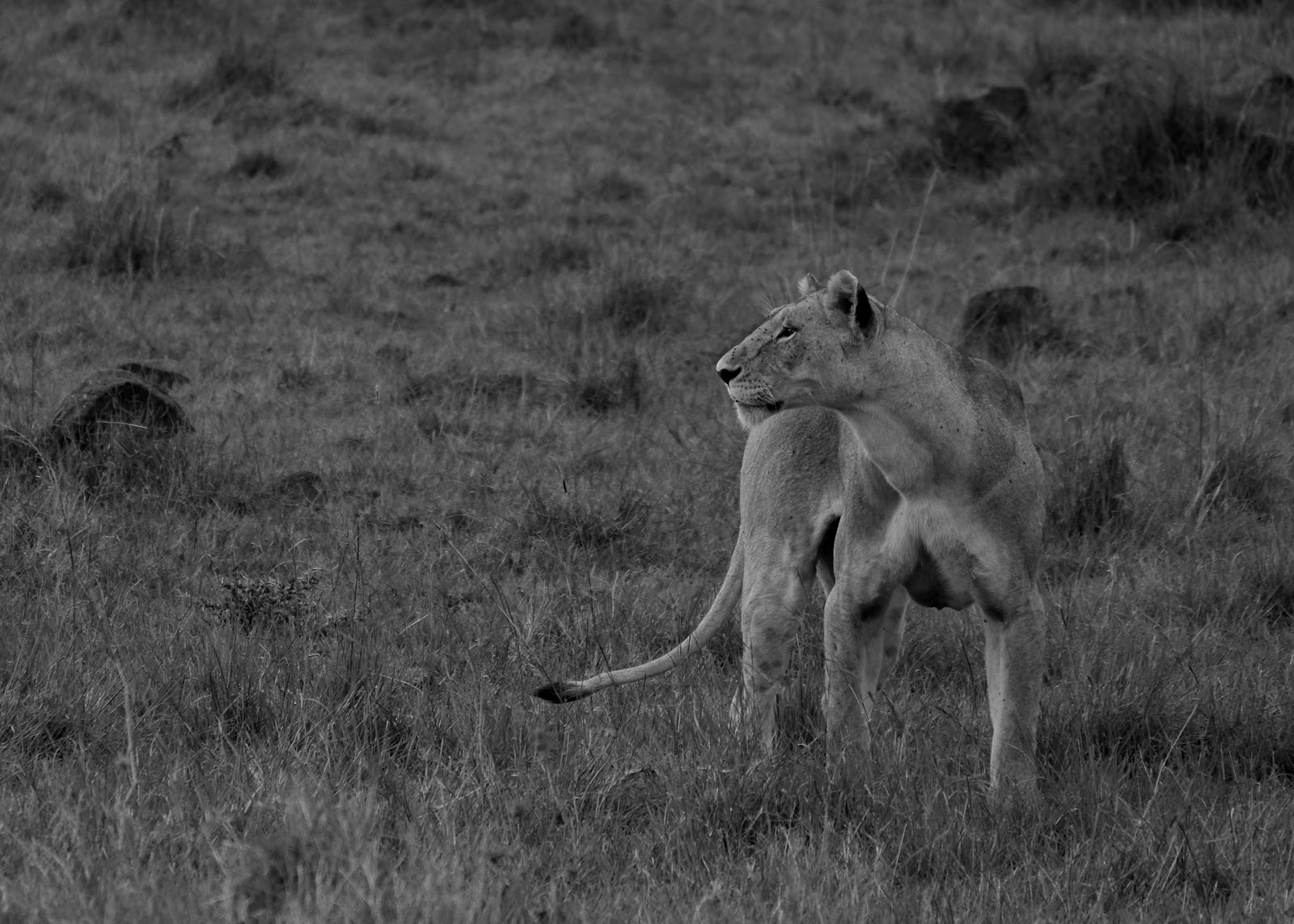 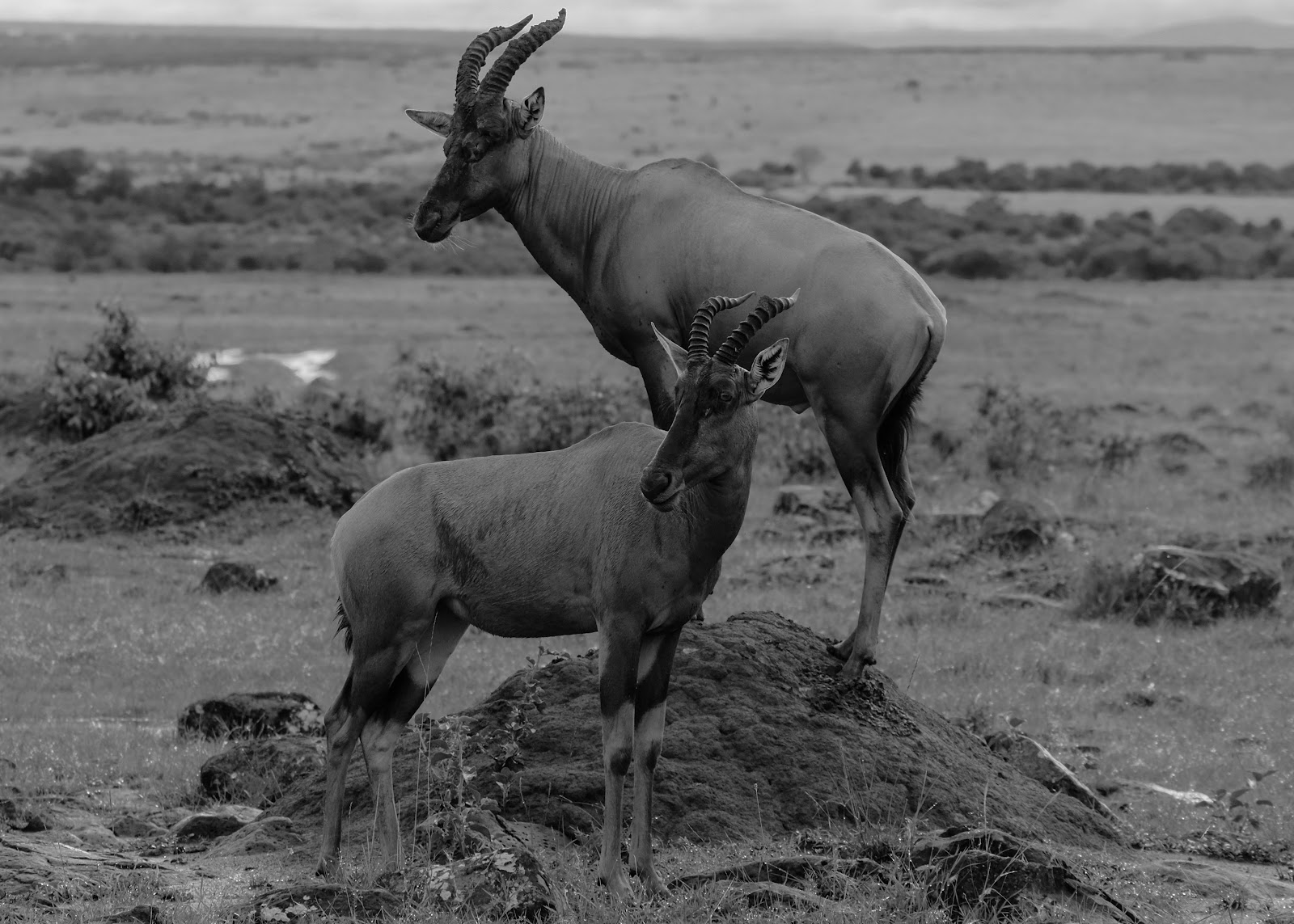 The Mara spoils you. As the days go by, its magic gets stronger. Within days, we went from marveling at antelope to driving past sleeping lions without a second glance. We are now chasing specifics: that shot of a lion shaking off his mane in the rain; locking eyes with a leopard; a large herd of zebra crossing the river, crocodiles waiting in anticipation. 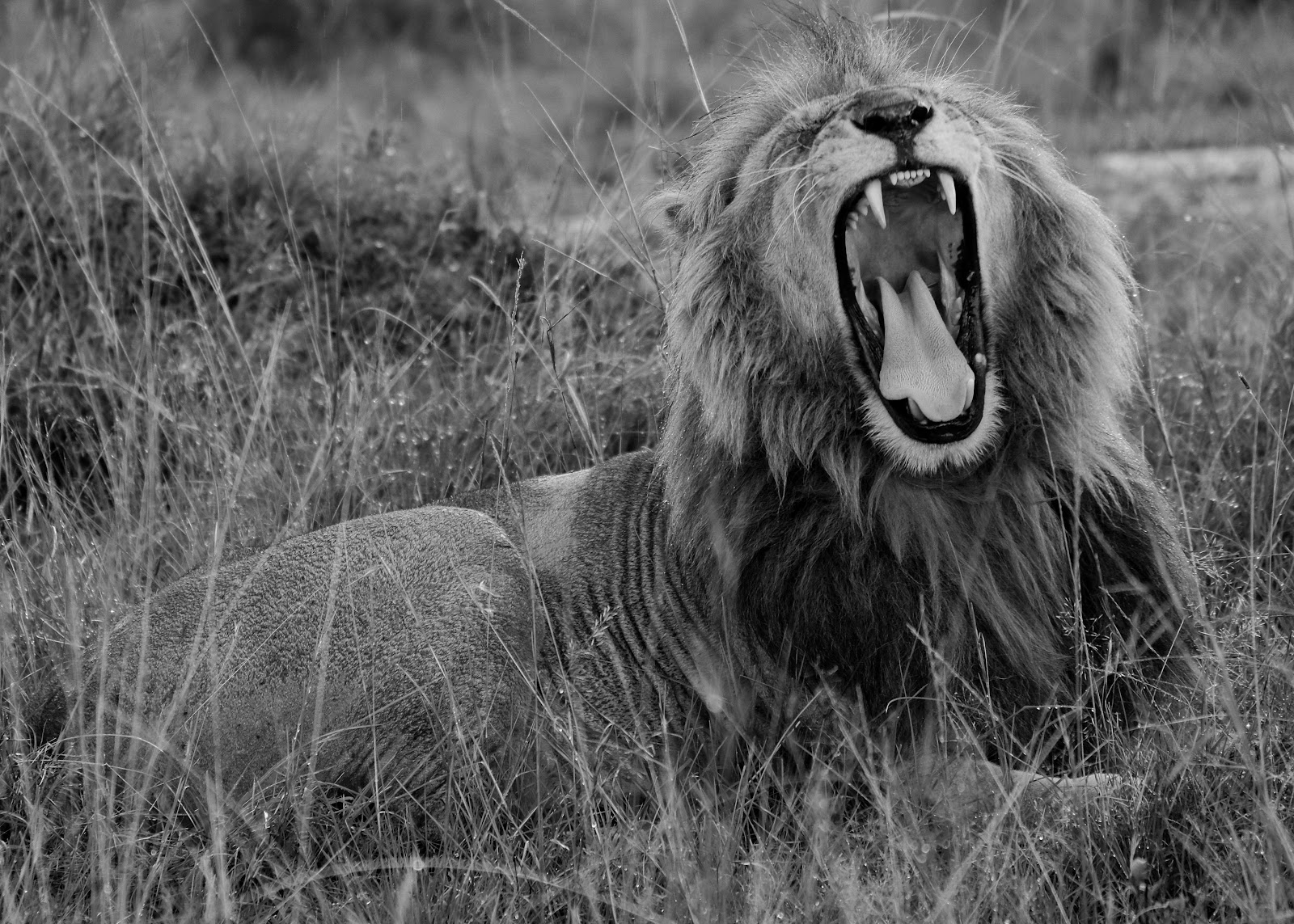 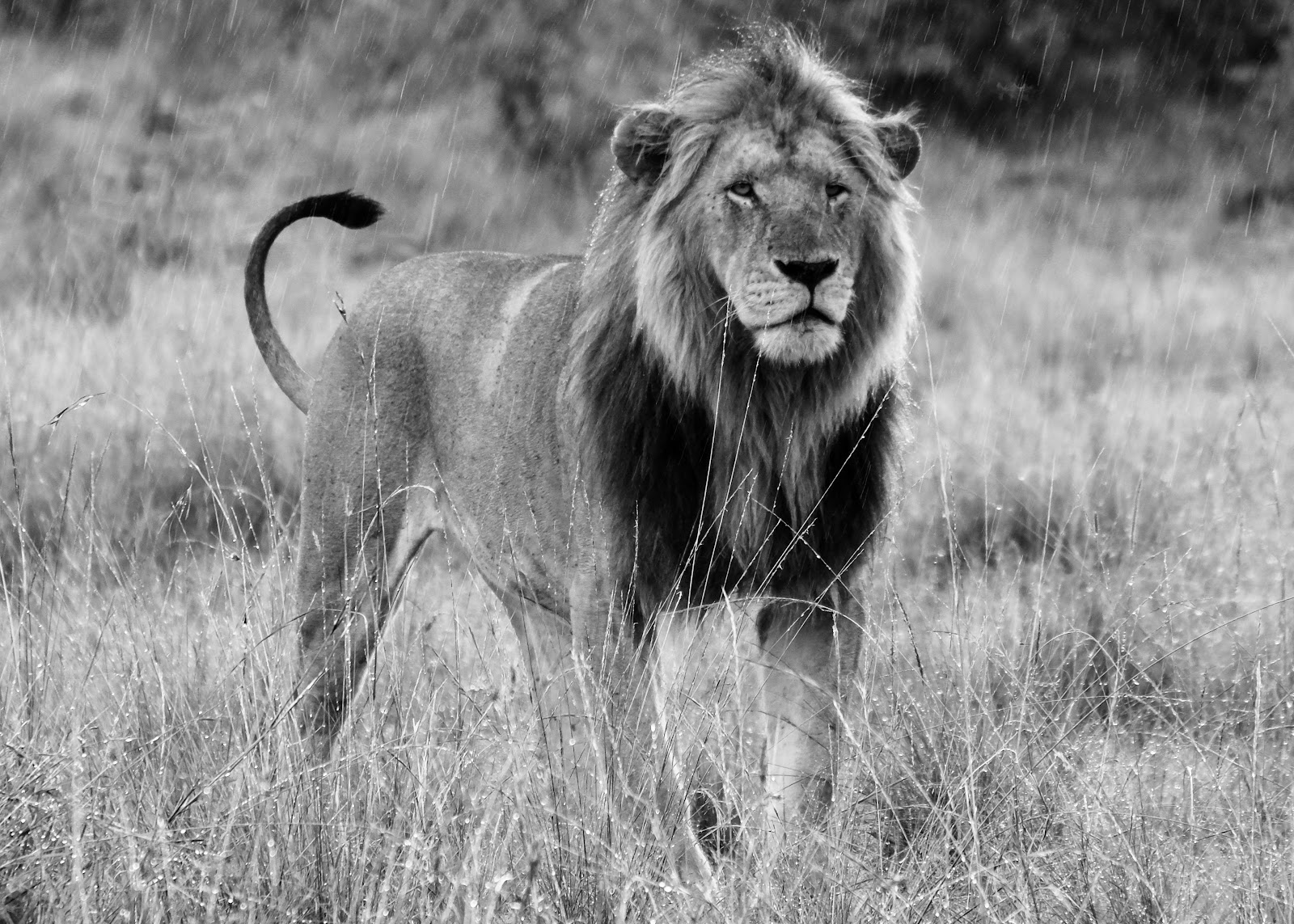 We see the famous coalition of six lions – who now rule over the topi planes and marsh prides, challenging dominant lions to expand their territory. Known as the Bila-Shaka coalition, these brothers are the reigning Kings of the jungle, right on top of the animal hierarchy. But we also see young bachelor males – lost and hungry, as teen lions are expelled from the pride.

“Bachelorhood is a very difficult time for lions – not all survive it,” Wilson tells us, as we spot a young lion on his own. “They have to hunt and feed themselves, and get strong enough to challenge dominant lions for their pride.” The young lion passes by, stopping repeatedly to sniff the ground, trying perhaps to locate his former family… unwittingly telling us that nothing in life comes easy. 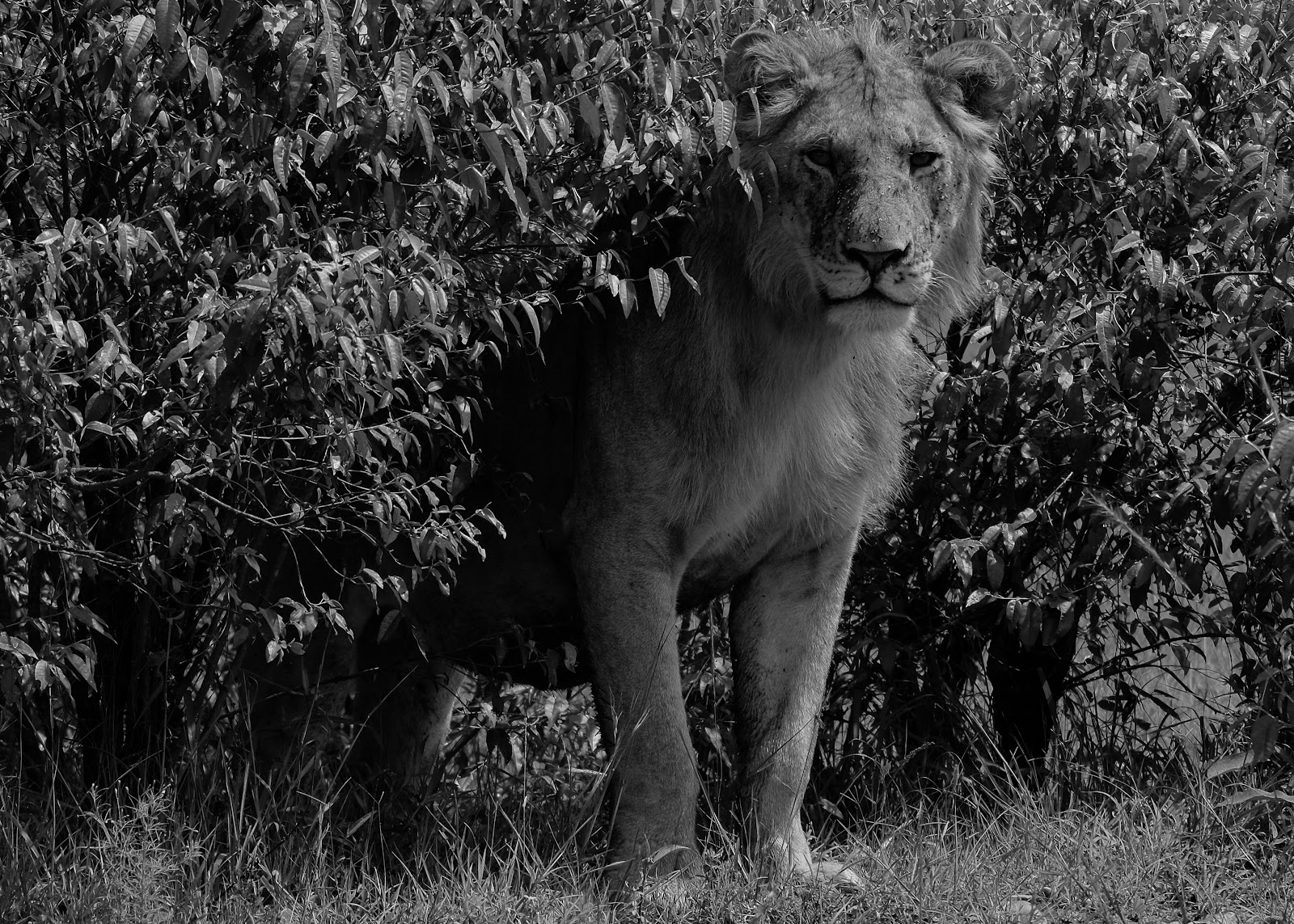 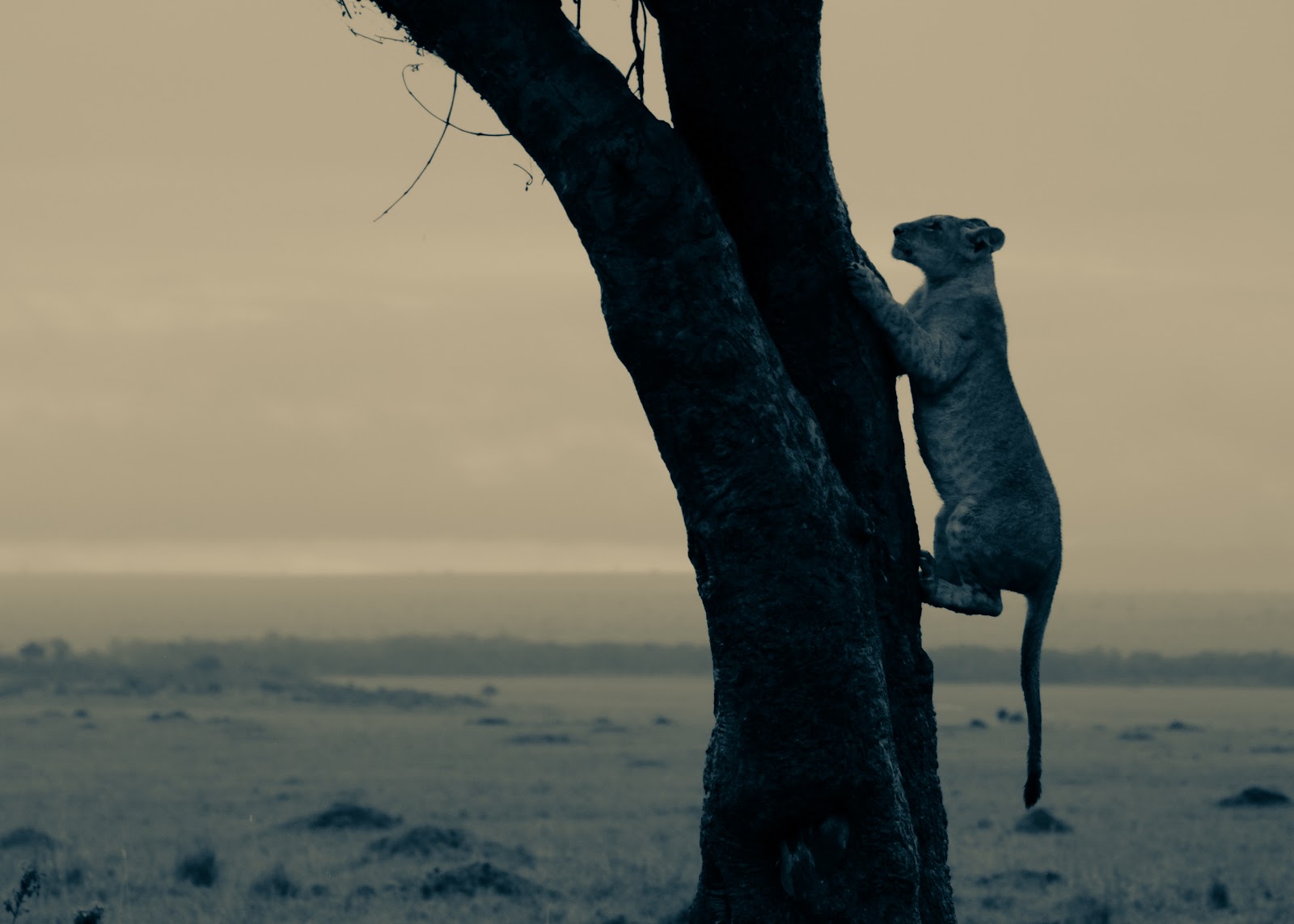 We see part of the coalition of five cheetahs – famous as they hunt collectively, bringing down bigger prey. We are on our way back to the camp for lunch, when two of the five walk right up to and past our jeep – commanding a photograph. 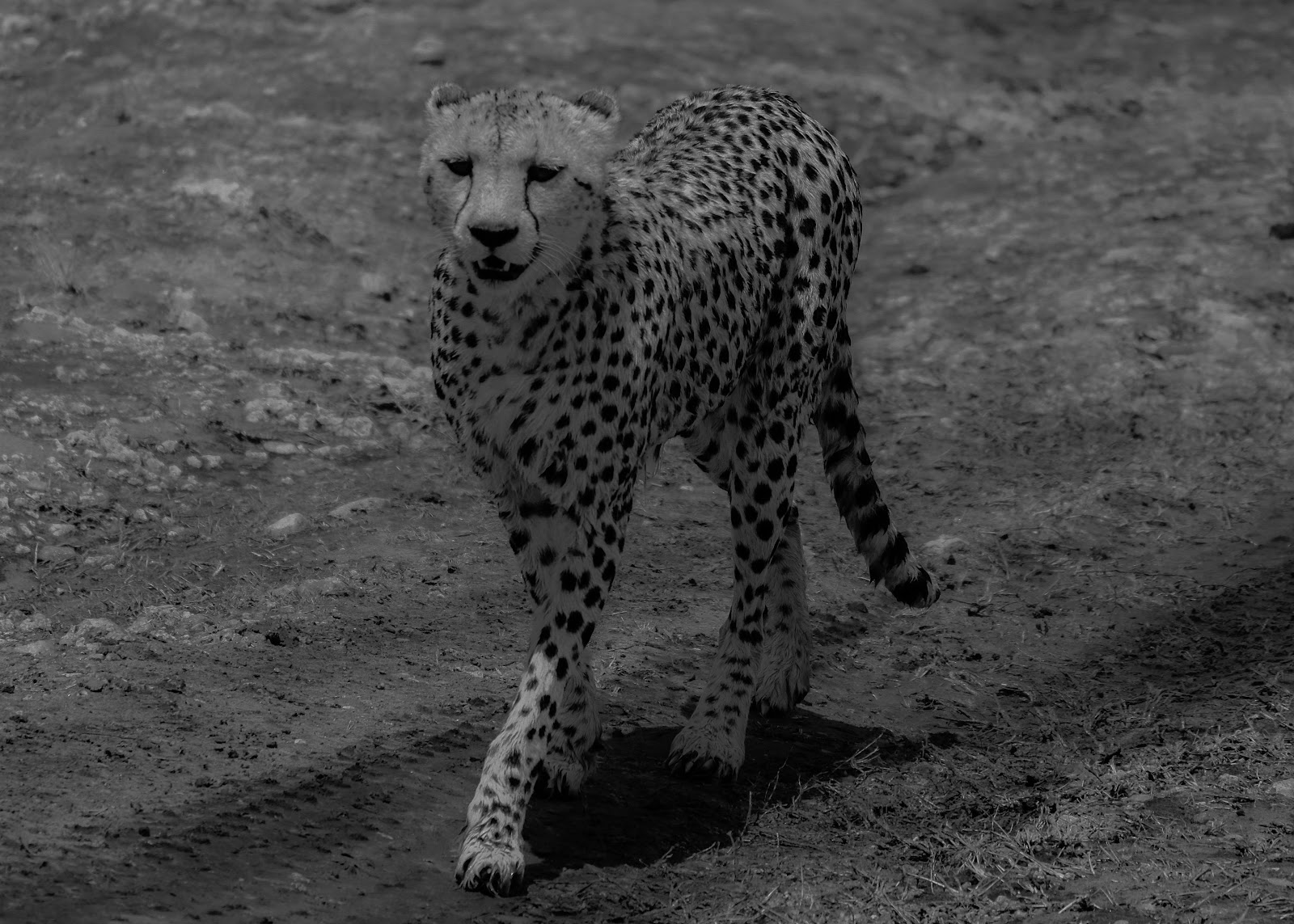 We see – within the span of an hour – two magnificent leopards. We’d just unpacked our bush breakfast — boiled eggs, sausages, pancakes and fruit juice — when Wilson receives a radio prompt; a leopard was spotted nearby. We drive right by snoozing lions, and make it just in time to see her emerge from the bush, cross our jeep, and disappear. 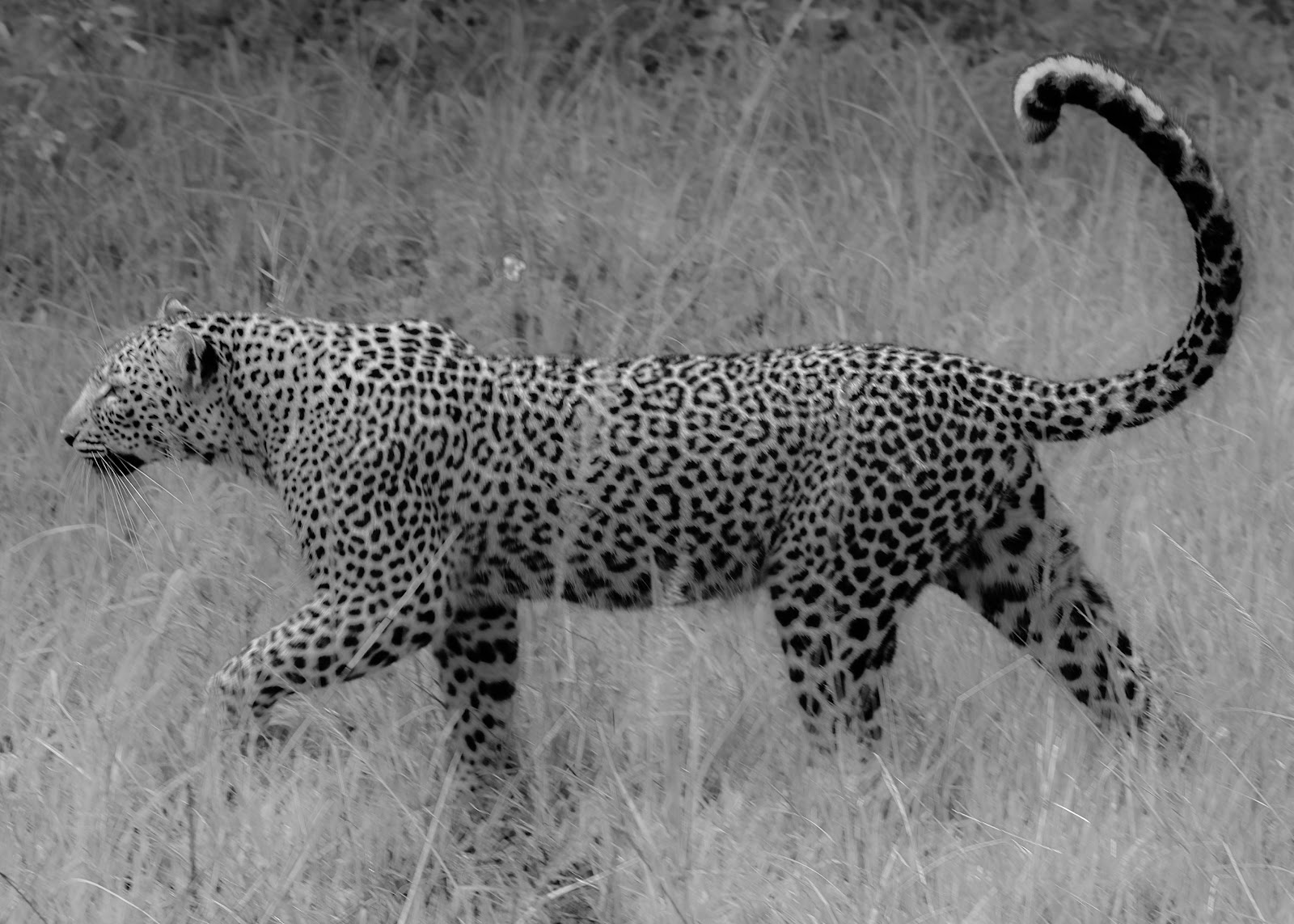 The leopard, unlike the lion, is a shy animal. She keeps to herself, lurking in dense bush or rocky caves, emerging to hunt late in the evening or at night. She’s the more elusive of the big cats, and – despite being the most geographically widespread – the hardest to find.

We were thrilled to have spotted her – even if just for a few minutes. As we cross the river on our way back to camp, we can’t believe our eyes. Perched delicately on a branch dangling over the river is another leopard.

She gets up and stretches, and walks over to our jeep – eyes locking in on us as she moves. Within a few minutes, she too disappears. 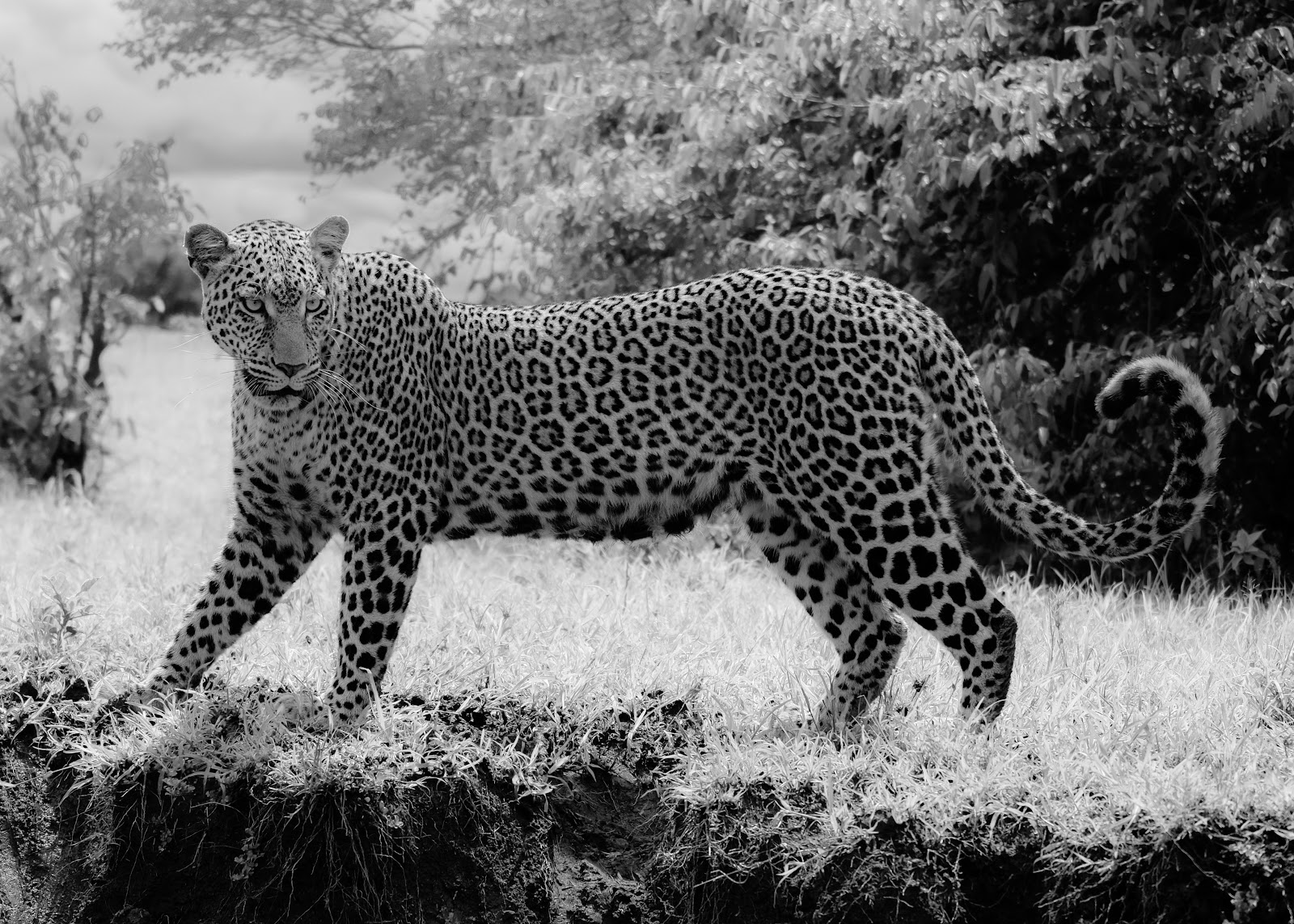 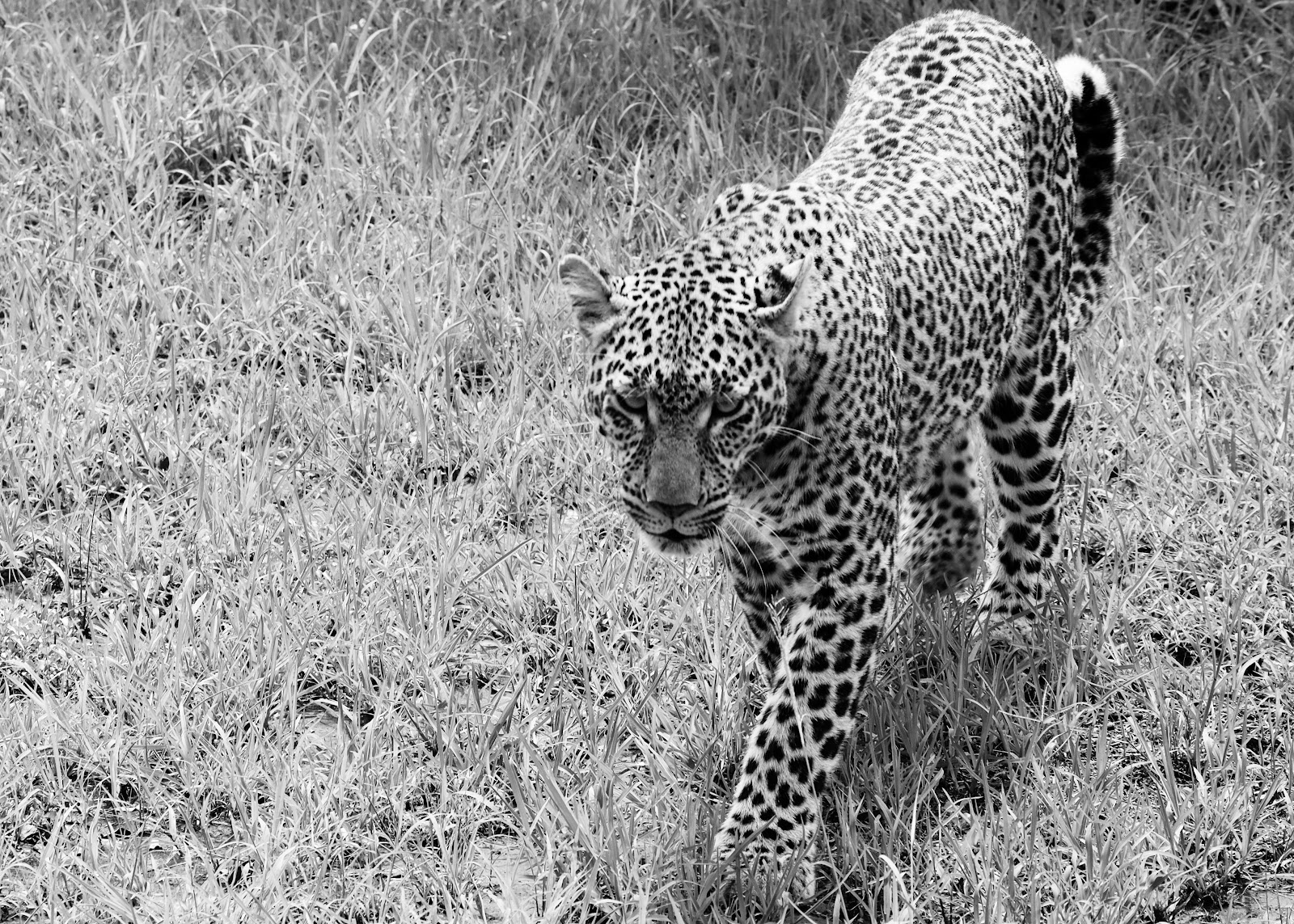 In our short stay in the Mara, we find ourselves surrounded by elephants, drive alongside galloping zebras, strain our necks to look up at giraffes, and marvel at the size of hippos whenever we spot them outside the water. We wonder why ostriches bury their heads when scared, link the efficiency of hyenas to matriarchy, and laugh when the staff at the camp look shocked when we tell them about domestic buffaloes in India. “You milk them? Our buffaloes will kill you.” 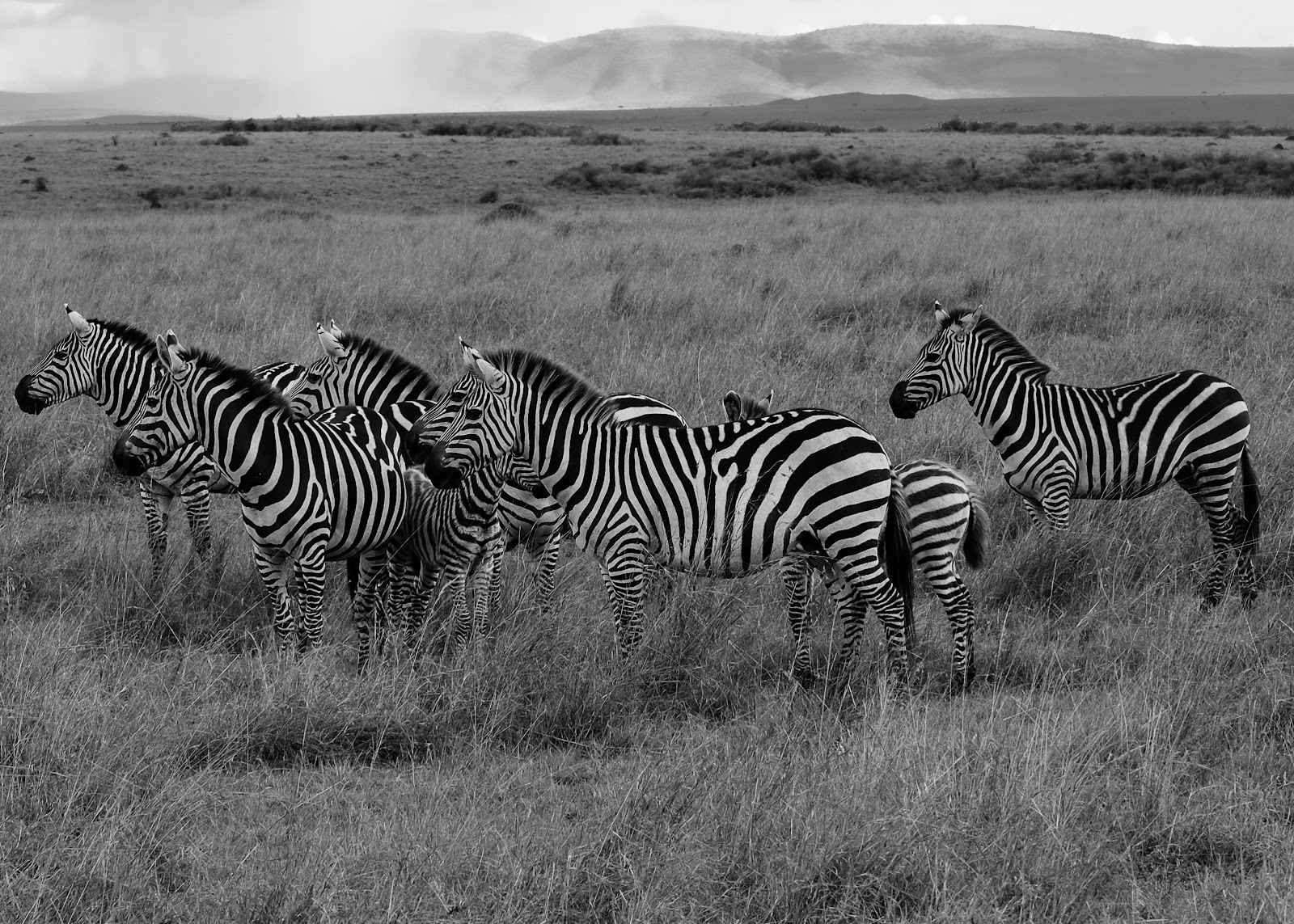 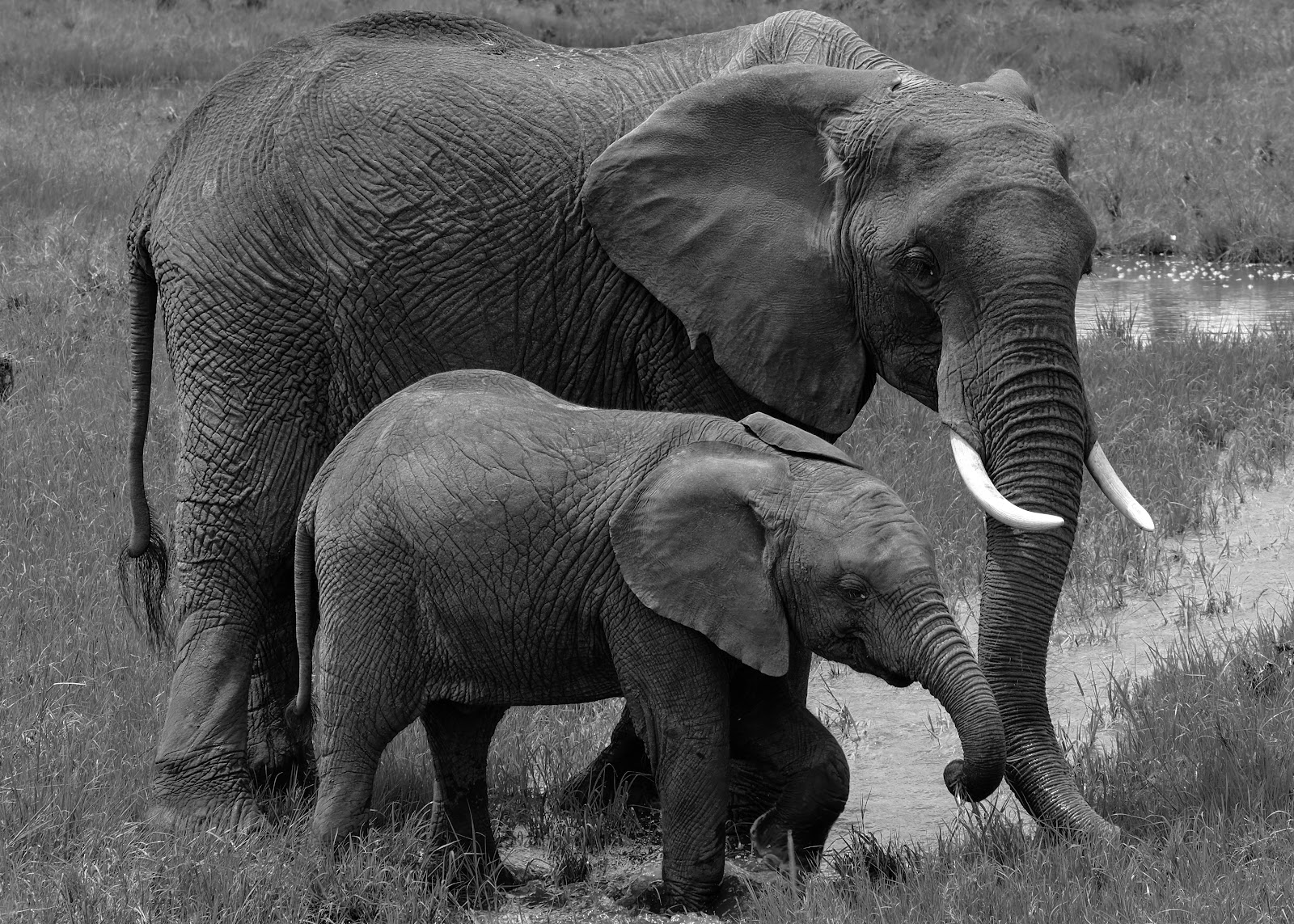 We spend our evenings with a drink by the fire, talking about humanity’s place in the world. We talk of indigenous knowledge and ecological balance, fuelling our conversations with drinks from the camp’s well stocked bar. Where and why did it all go so wrong?

On our final evening in the Mara, we spot a cheetah with a kill, while a hyena dances around, waiting for leftovers. 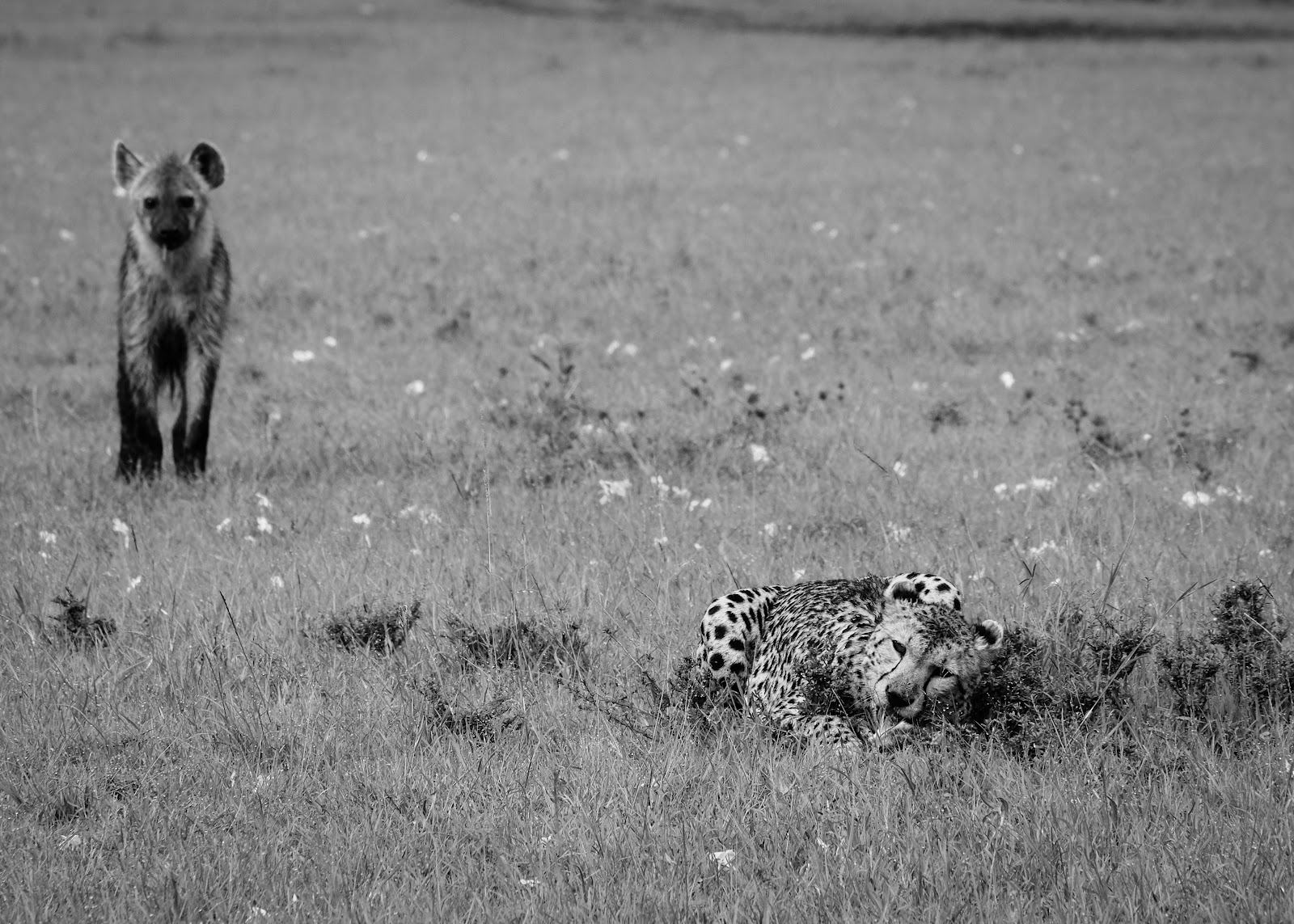 The cheetah takes its time, snarling at the hyena when it gets too close. Having had its fill, the cheetah walks away and the hyena jumps in. Within minutes, an eagle appears – and patiently waits its turn. The hyena finishes off what it can, leaving the kill to the eagle. Another eagle flies down, and the two birds finish it off.

“Nothing goes to waste in the Mara,” Wilson says, as we drive off. “It’s the circle of life.” 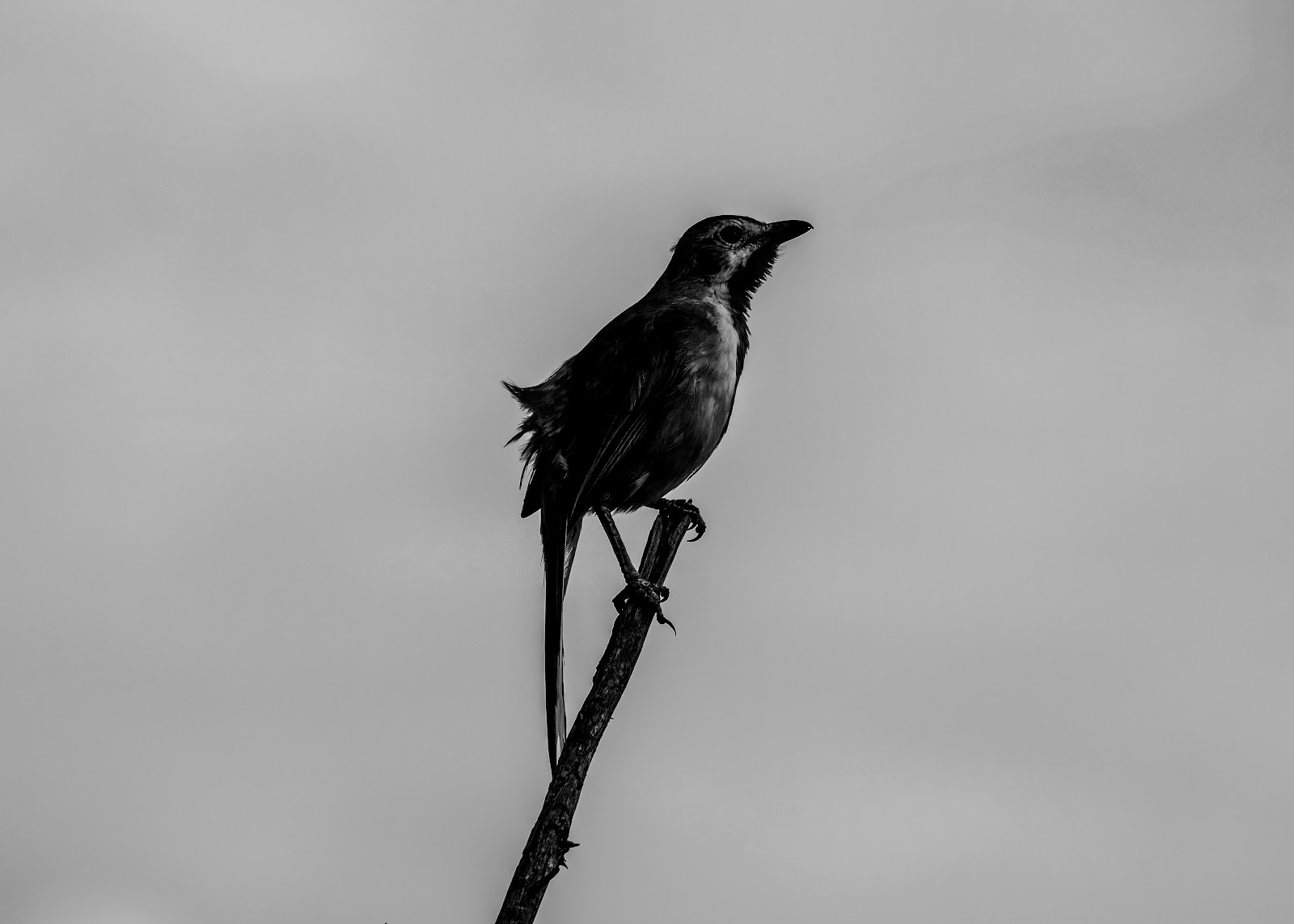 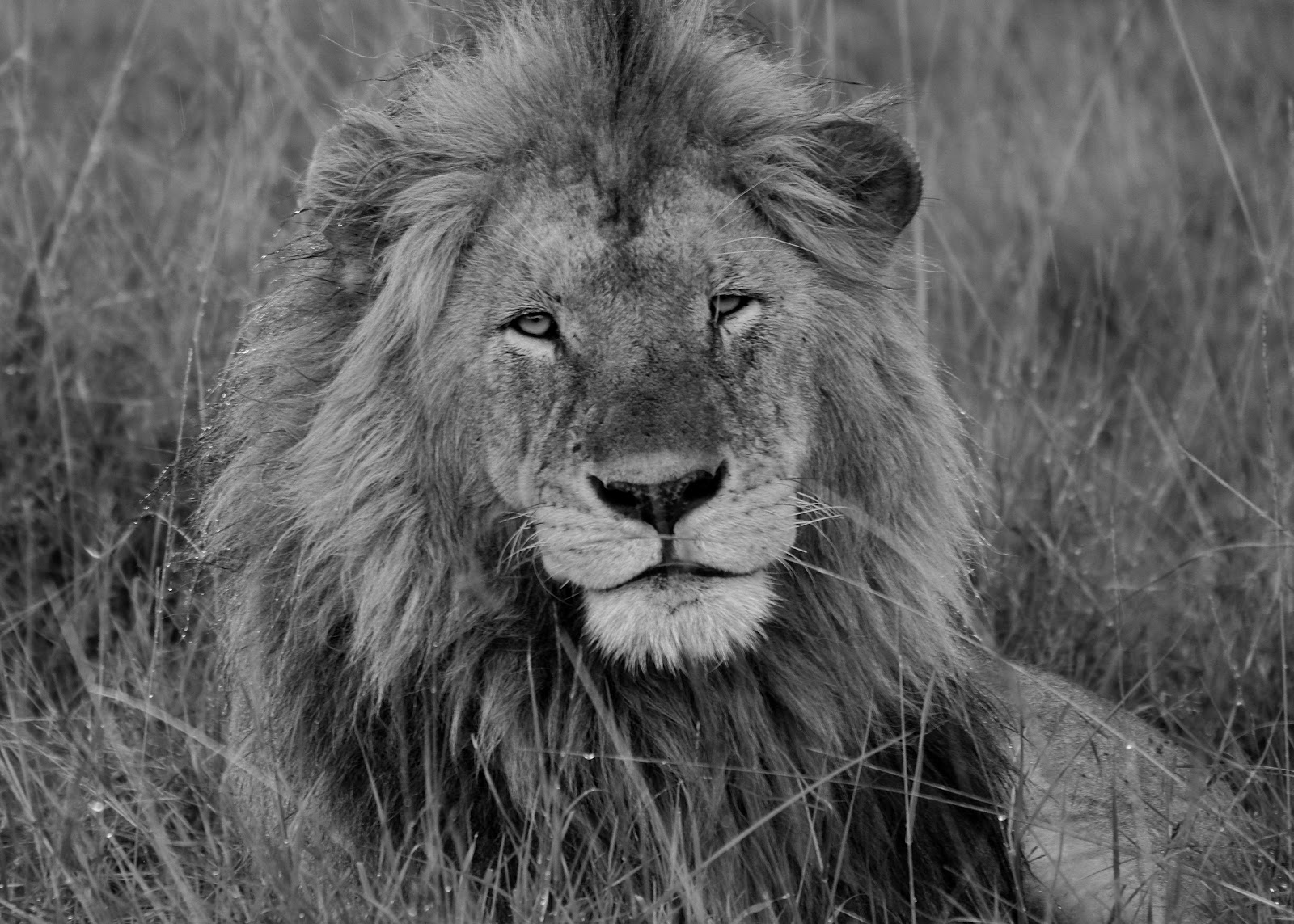 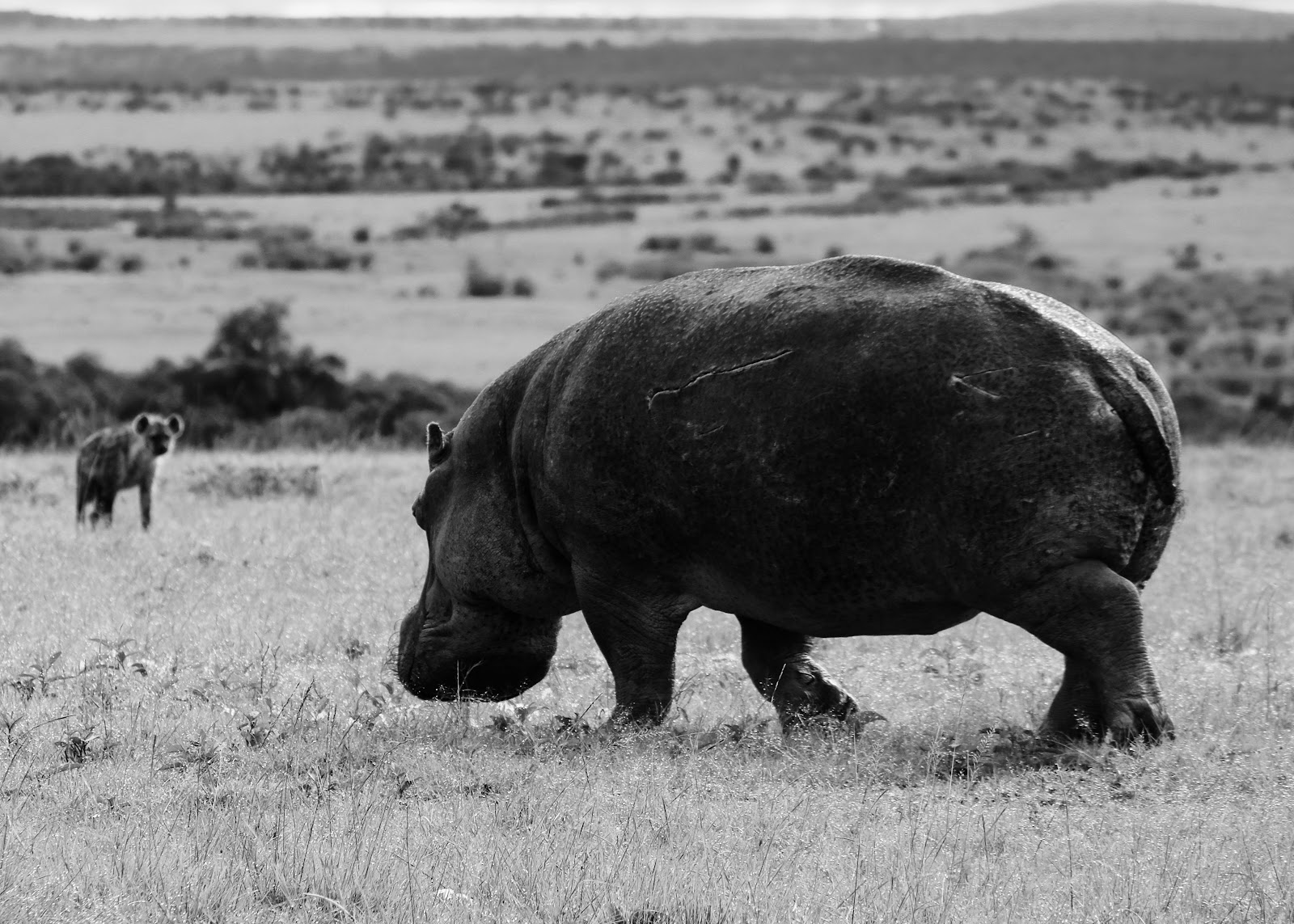 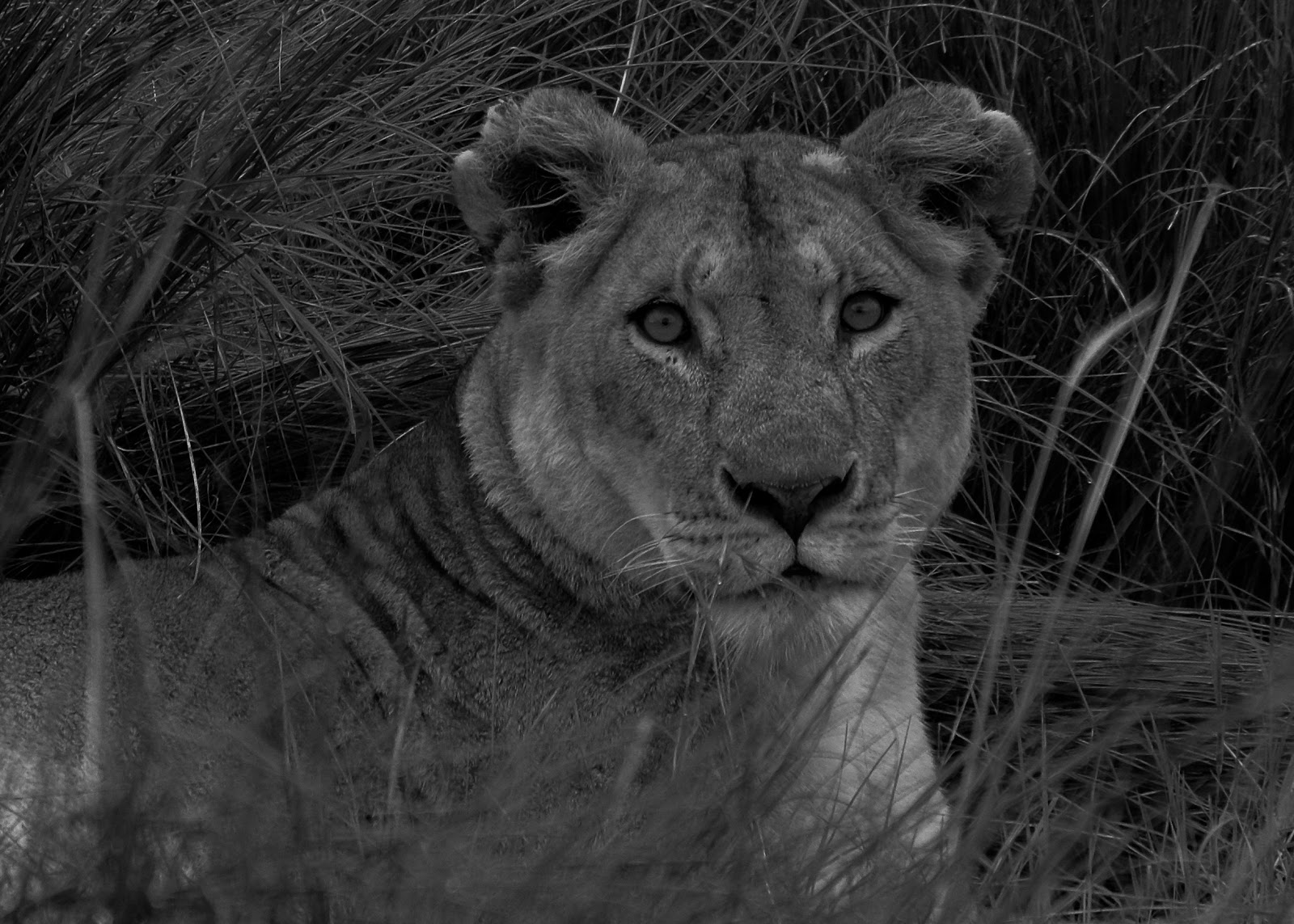 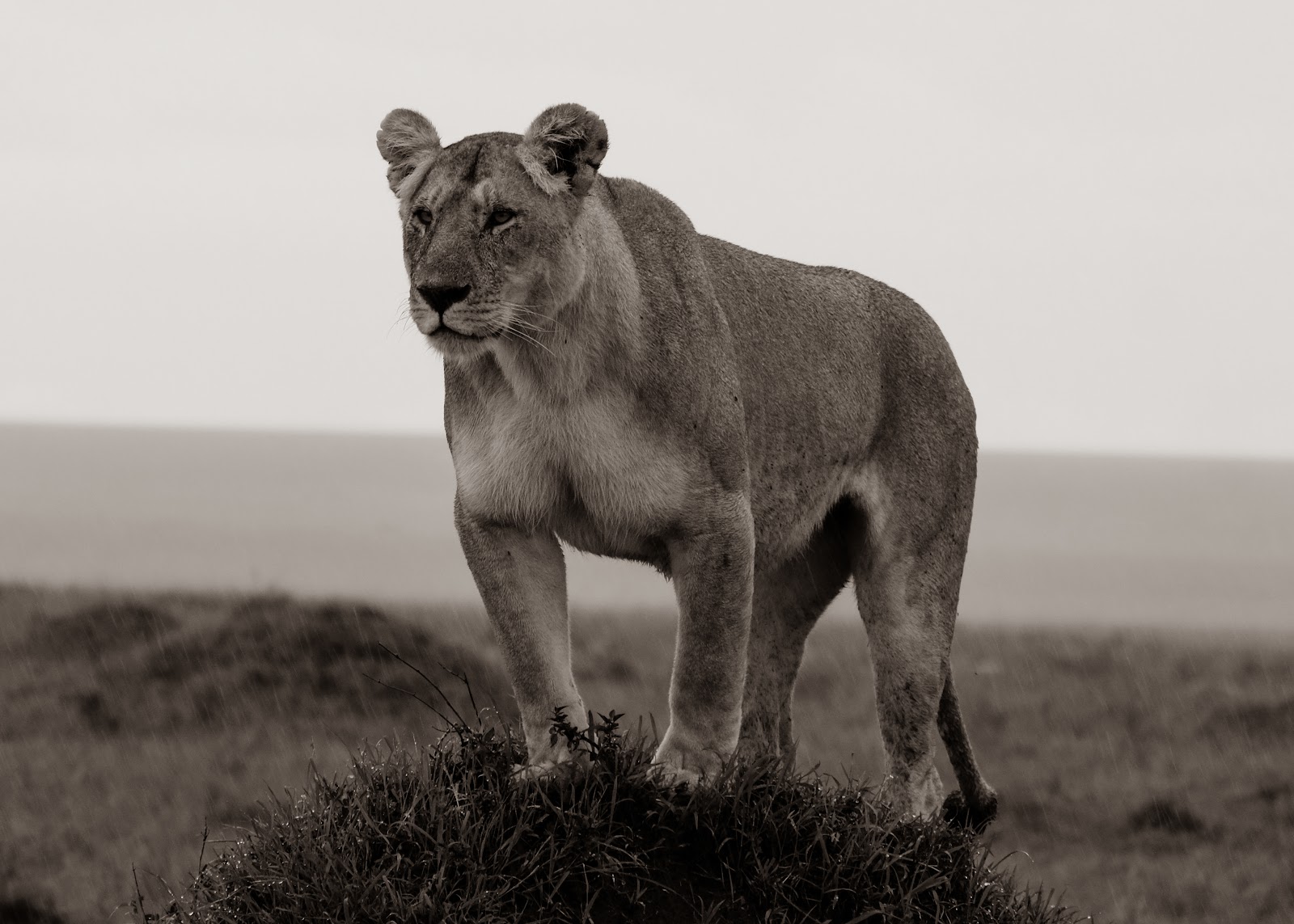 (The writer thanks SAFAR TRAVELLER and MARA CROSSINGS CAMP)

(This article was first published in The Citizen)

One thought on “The Circle of Life: On Safari in Masai Mara, Kenya”